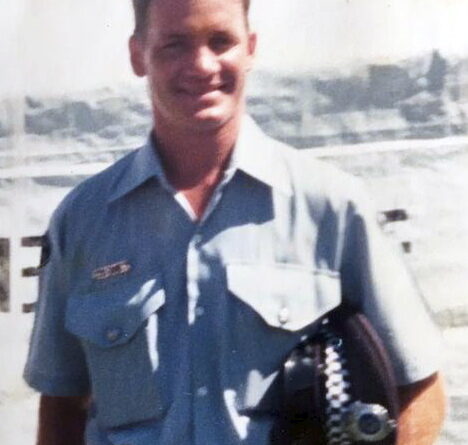 Most of his service was in the Lower Hunter LAC,

Cause:  Suicide as the result of PTSD & Bipolar Disorder – Hanging at home – Bolwarra Hts 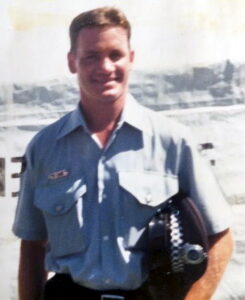 Ian is NOT mentioned on the National Police Wall of Remembrance

This member is NOT mentioned on the RetiredPolice.com.au Vale list

Ian was 51 years old when he died. He had been married for over 28 years and had three children, an adult son & daughter and a 14 year-old daughter. He had been a police officer his entire married life. He was a serving officer at the time of his death, but was on sick leave receiving treatment.

He was highly respected by his colleagues for his intelligence, dedication and ability. He had matriculated in the top five per cent of the State and had undertaken a degree in Behavioural Science ( Hons ) at the University of NSW, majoring in Psychology and Biology.

As a young man he was a keen sportsman. Later he took up renovating houses as a hobby and outlet.

During his career, he had received Commissioner’s commendations three times and had, from time to time, acted as a Duty Officer with acting rank of Inspector.

It seems that he had a particular gift for leadership of younger police officers. Not only was he good at building teams and maintaining morale but his gift for empathising with other police officers was recognised in his appointment as a Peer Support Officer.

A the time of his death Sgt Muir was stationed at Toronto Police Station in Lake Macquarie LAC.

He spent most of his service in the Lower Hunter LAC including being the officer in charge of Paterson Police Station which was a one man station.

We wish Ian can forever Rest In Peace.

Much loved husband of LISA, loving father of LACHLAN, AMY and HANNAH, brother of GRAHAM, KERRY, GREG, KIM, ROBYNE and NARELLE.
Family and Friends are respectfully invited to attend the Service in Celebration of IAN`s Life to be held at St. Joseph`s Catholic Church, King Street East Maitland on TUESDAY 3rd July 2007 at 11am. A Private Cremation will follow.

Dave Wilkinson with Deb Bryant and 33 others at Quilpie Pub.

9 years ago today a great mentor to me succumbed to the traumas inflicted on him by being a member of the NSW Police force.

He had been struggling for some time, I guess in reality everyone in that line of work did everyday. I know I did – you never knew what was about to happen.

Ian was a very wise man & always looked out for his troops. Never afraid to jump in & get his hands dirty.

He was not one for upper management bullshit & I gave him shit all the time when he was doing acting duty officer. He was happy in his Sgt’s spot.

His demons haunting him, he opted for some time off; not being well. However in true caring management style of the Injury Management Team the pressure started.

At the time Ian was spending his days off ( like I was ) prior to going off work building a new house. This was his relaxing time, his solace, a place to create without the pressures of “the job” that is law enforcement.
In the years prior, he had also been renovating other properties it’s what he enjoyed doing, some hard physical work. I get it, it helps with the stress of the job.

So management decide that basically he was only having time off to build a house. Assuming that a man of his years in the job had no other reason to have time off.

He got visited at home by the boss as the story goes. This happens under the guise of a welfare check. It’s rarely this, regardless after one if these visits & being pressured to get back to work the ultimate decision was made.

His demons got him & the darkness descended upon him. He ‘suicided’ by hanging.

The unbearable pain and the inability to think clearly is so so familiar to me. The lack of help & support from an organisation that one loved so much is soul destroying.

Ian loved being a police officer & he loved the work & his troops. I can’t speak for his state of mind in his final moments but I know how I was when I made the decision to save myself & give up what I loved doing.

Wish I had got up more to share a beer when you had your time off. So sad that you was left to end things the way you did. I will never forgive the organisation that we both loved for the indignant way you & others got treated. 9 years on & it’s still happening they have not learnt a thing.

Thank you for your time, your sincerity, your straight up approach & looking out for me.
Never forgotten
RIP

Be having a schooner this afternoon for you, if we can get one of these Outback Qld Pubs with one, it may have to be a pot so hope you don’t mind. Very grateful to have known you.

Thinking of you on this day and the other Serving Police of Lake Macquarie who have fallen on their swords. A wise man that his peers aspired to. Never forgotten..

[…] following a recommendation of the Deputy State Coroner Dillon in 2009 arising from the death of Sgt Ian Muir. The role of the Panel was recently reviewed and amendments are currently being made to its charter […]

[…] following a recommendation of the Deputy State Coroner Dillon in 2009 arising from the death of Sgt Ian Muir. The role of the Panel was recently reviewed and amendments are currently being made to its charter […]