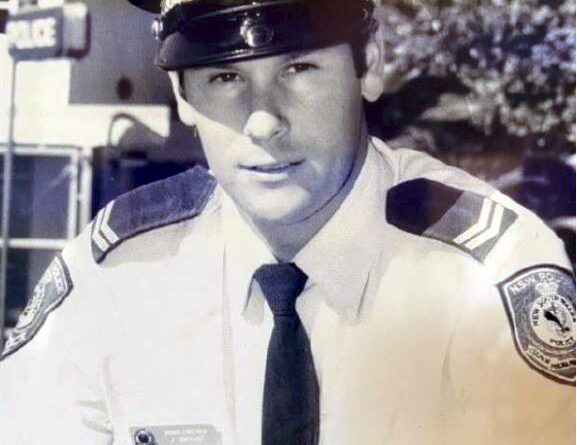 At Jason’s request, there was no official funeral as such.  It was his wish for family and friends to celebrate his life – not mourn his loss.

please don’t dress up for this event; Jason would have liked to see people dressed casually and comfortably. Board shorts, T-shirt, thongs

After Retiring from the employ of NSWPF, Jason ran the successful family business of Seaside First Aid Training at Port Macquarie.

Debbie Bryant is also the name of Ashley Bryant‘s wife. 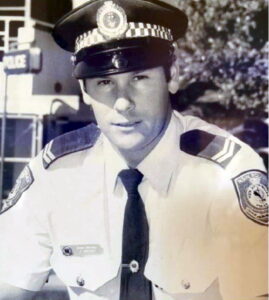 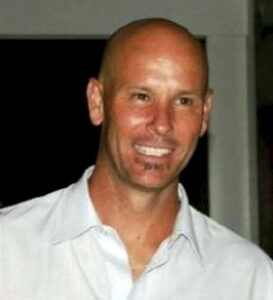 Port Macquarie’s Jason Bryant was a family man with a big heart.

The 55-year-old passed away suddenly on January 9.

Mr Bryant was active within the Port Macquarie-Hastings community – including through his employment within the police force, and as a member of the Tacking Point Surf Life Saving Club.

Mr Bryant put his rescue skills into action when he was involved in a mass rescue on the Hastings River in 1999.

Mr Bryant, who was a Senior Constable at the time, utilised an inshore rescue boat and with a colleague’s assistance, continually entered the most hazardous section of the bar.

They rescued members of the Port Macquarie Sea Rescue group, who had been thrown from their boat.

As a result of his efforts, he received the New South Wales Police Service‘s most coveted honour, the Peter Stuckey Mitchell Award in 2000.

Mr Bryant met his wife Deborah when he was 18-years-old and they were married for 33 years.

The couple had three children – Joshua, Danielle, and Taylor.

The family enjoyed annual trips to the Gold Coast and spent time at the local beaches and rivers in the Port Macquarie-Hastings.

Mr Bryant served in the NSW Police force for 20 years and he was stationed at Armidale, Byron Bay and Port Macquarie.

After leaving the force, Mr Bryant worked in a number of different roles and also developed his own business Seaside First Aid Training.

Mrs Bryant said her husband loved the ocean but also enjoyed getting out into the bush.

He went camping and on multi day hikes with his family and friends.

Mr Bryant also enjoyed adventure motorbike rides, where he would often stop in the middle of nowhere to take in the scenery and the quiet environment. 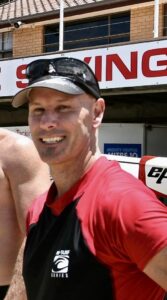 The family invites all those who knew Jason to attend his Celebration of Life, to be held on Sunday 23rd January 2022 from 2 – 6pm at Tacking Point Surf Club, Port Macquarie, NSW.

The bar will be open and if you would like to bring a share plate that would be greatly appreciated.

Additionally, the Port Macquarie Surfing Museum has arrange a “Paddle out for JB” on Saturday 22nd January 2022 from 10am at Town Beach, Port Macquarie. 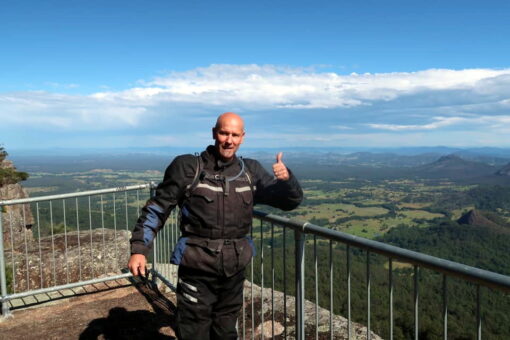 On the afternoon of 24 May 1999, Senior Constable Bryant assisted in the rescue of six people who were stranded after their vessel had overturned in rough seas on the Port Macquarie bar.

Senior Constable Bryant, on hearing that a local rescue vessel had overturned on a sand bar, made the decision to launch another rescue vessel despite dangerous sea conditions.

Once the vessel was launched, Senior Constable Bryant, who was piloting the vessel and accompanied by another police officer, ( Senior Constable Anthony Francis LONG, NSWPF # 21197.  See page 22 in below link ) proceeded out of the river entrance to the bar.

The surf was at a height that prevented him seeing the stranded people. Through contact with Marine Radio Base, he was directed to the disabled vessel, some 300 metres to the north.

En-route, the other officer was injured as the surf and swell pounded him against the interior of the vessel.

On reaching them, Constable Bryant was informed that there were four people in greater danger as they had been swept away in the water.

Senior Constable Bryant and the other officer located these four people and pulled them aboard, one at a time.

On returning to the stricken vessel, the boat had capsized again and the people were clinging to the sides of the overturned vessel.

Senior Constable Bryant could not take the men aboard as it was beyond the capacity of the vessel, but reassured them that he would return.

Returning to the river entrance, another vessel took aboard the four men and Senior Constable Bryant’s injured colleague.

Senior Constable Bryant immediately returned to the overturned vessel, but the men had been swept away.

Senior Constable Bryant spotted the men some 30 metres away.On reaching the men, and as he attempted to rescue one of them, he had to turn the vessel quickly to avoid an oncoming wave. On the next attempt, he pulled the man to safety and then rescued the other man.

“THE Sea Rescue’s rubber duckie was washed up on North Beach but the fate of Rescue One, worth around $120,000, with all equipment, was still unknown late yesterday.”

On Monday though, 20 months after the boat sank and disappeared, the fate of the six-metre twin hulled Kevlar Cat was finally revealed: on a Queensland beach, some 1400 kms north of where it went down.

The lead-up to the boat’s sinking was one of the most dramatic events ever witnessed on the Hastings, and culminated in bravery awards for eight members of Port Macquarie Sea Rescue and two Port Macquarie policemen.

The drama began on the afternoon of May 24, 1999, when five Sea Rescue members headed across the Hastings River bar in Rescue One in an effort to ferry supplies to two stranded yachts.

Rescue One however lost power in the high seas and overturned, throwing the crew into the water.

Two other Sea Rescue members went to their aid in the group’s rubber duckie but this too was swamped, leaving it up to Senior Constables Tony Long and Jason Bryant who commandeered another rubber duckie and eventually rescued all the crew in a dramatic hour witnessed by hundreds along the shore.

Port Macquarie Sea Rescue’s rubber duckie was eventually washed up but Rescue One was last seen on May 26 1999, 18 miles off the coast south of Forster. Sea Rescue members presumed the boat had eventually been hit and sunk by a ship.

That is until Monday when Bryan Stewart of Oxley Insurance Brokers in Port Macquarie took a call from a Mackay resident who said the hull of a boat – identified as Rescue One by the writing still visible on the side – had been brought in to a Mackay beach by a Queensland survey boat.

The survey boat had been travelling north when the crew noticed the hull of a boat floating out to sea about 110 km south-east of Mackay.

They winched it aboard.

On arriving at their destination near Mackay, they obtained permission to dump it on a harbour wall where it was noticed by a pensioner, keen to salvage what was left.

He then contacted another Mackay resident, who on closer inspection noticed the partial names of “Oxley Insurance Brokers” and “Port Rescue”, the only writing still visible under layers of barnacles.

Using investigative skills that would make any detective proud, the resident rang Telstra to see if there was a listing for an Oxley Insurance Brokers in Port Macquarie and soon found himself talking to Mr Stewart.

“I was just nonplussed when he rang and thought ‘is he for real?’,” said Mr Stewart, who is still amazed the boat has turned up so far away from where it sank.

Mr Stewart is now waiting to hear from the insurance company, which is the boat’s legal owner after paying out on it more than 18 months ago, to see if the pensioner can salvage it.

There is nothing left of the boat above the hull but amazingly the engines are still attached, although the boat itself “smells pretty bad”.

“We’re so pleased about it because we had that boat for 13 years and were very attached to it,” said president Ron Isaacs.

“For the people of Port Macquarie it was a lifesaving vessel and to see it maybe rejuvenated makes us very happy.”

The award, which is for acts of unselfish heroism, is presented to only one serving policeman a year. It was Sen. Const. Bryant’s role in last year’s dramatic Hastings River rescue that gained him the honour, the latest of many he has received.

In fading light and huge seas, Sen. Const Bryant, along with Sen. Const Tony Long, utilised an inshore rescue boat to continually enter the most hazardous section of the bar and rescue members of the Port Macquarie Sea Rescue group who had been thrown from their boat.

The Peter Stuckey Mitchell Medal, one of the state’s most prestigious citations and given to only one serving member of the NSW Police Service each year was presented to Sen. Con Bryant by Northern Region Commander Assistant Commissioner Peter Walsh.

Sen. Const. Bryant said he was most honoured to receive the award.

Efforts beyond the call of duty are recognised

“JUST doing my job” was the comment from many who received awards at the Northern Region and Port Macquarie Local Area Command medals and awards ceremony on Thursday.

But to work colleagues and the general community the awards signify just praise for deeds which go far beyond those of the normal course of a job.

More than 100 serving and former NSW Police officers, police administration staff, members of the community and family and friends were at the Port Macquarie Police Station for the awards.

It was the last official award ceremony for Port Macquarie Local Area Commander Superintendent Jim Cranna, who is retiring in January.