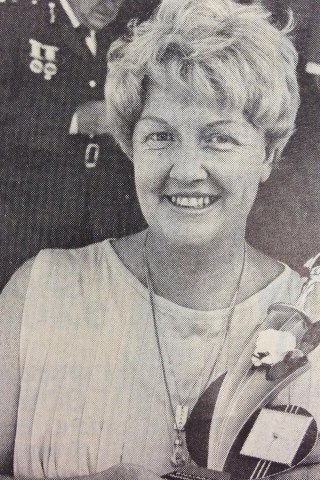 On 30 July, 1977 Detective Senior Constable Hawkes and another detective attended Sydney’s Luna Park in relation to a complaint. While the offender was being escorted from the park he began to struggle violently and kicked Detective Hawkes’ legs out from under her. When she fell to the ground the offender continued kicking and stamping on her.

As a result she suffered an injury to her right leg which later developed a malignant bone tumour. The leg was amputated and after being fitted with an artificial leg Detective Hawkes returned to work.

On 17 December, 1982 she was discharged medically unfit.

The detective sergeant was born in 1939 and joined the New South Wales Police Force on 16 August, 1965.