Is the Great Grandson of Constable William OXLEY – NSWPF

Cause:   Heart trouble & disabilities sustained at the Great War – WWI 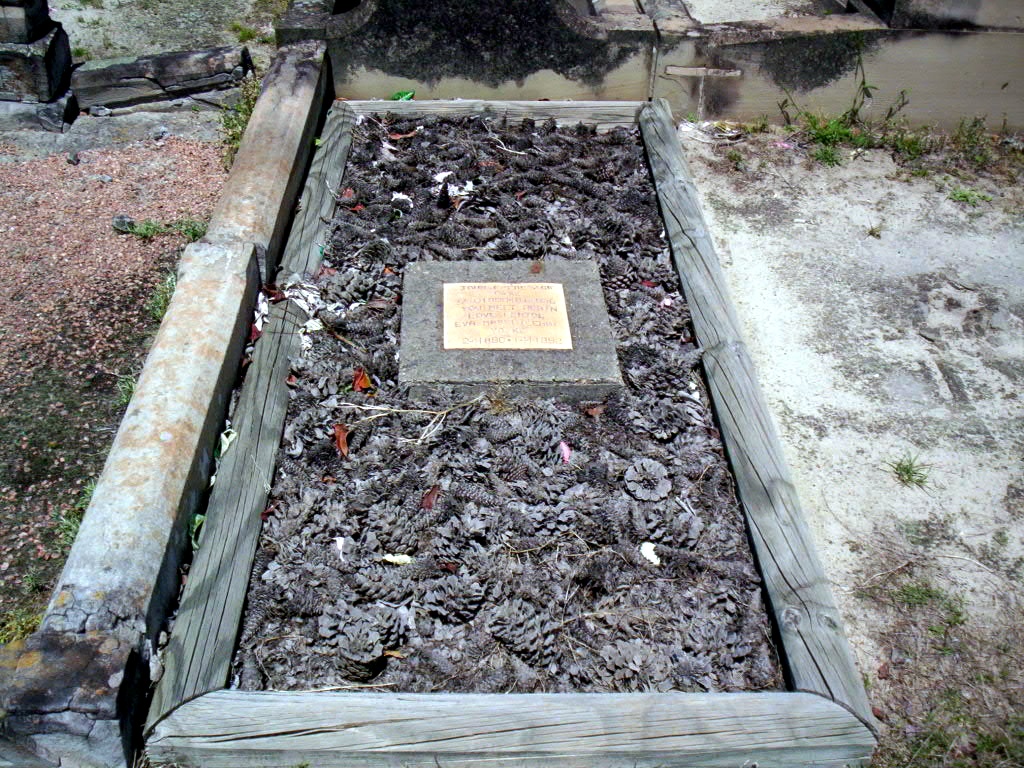 A GALLANT digger, fine comrade and splendid citizen, in the person of Constable J. F. Yorke, ” went west ” at Adamstown quite recently, and Australia is the poorer by his passing.

Son of Mr Robert J. Yorke, a pioneer settler of the Linburn district, deceased spent his early life among us, and won for himself friends among all classes of the community.

When the war drums sounded he, with other young patriots, sprang to arms, and on the other side he did honor to the country which reared him.

As a machine gunner in the 53rd battalion, he fought with the cool courage of a veteran, and returned to Australia with a proud record of service.

The police force then attracted him, and he linked up with the northern branch.

For about 14 years he fulfilled a public duty with the same splendid spirit which characterised his war service, and earned the respect of those among whom he served and the confidence of his officers. The high esteem in which he was held made itself manifest at his funeral, the sad cortege being one of the most impressive seen in the north for many years.

From the War Memorial Institute, Newcastle, marched over 70 members of the police force, including the officer in charge of the division (also representative of the Commissioner). Inspectors Aspery, McAlpine and Davis, and other prominent officials.

A sorrowing widow and six children are left to mourn a devoted husband and father, and their grief is great. His venerable father, who has borne up with great fortitude under the buffetings of adversity, will have the deepest sympathy of the whole district.

The ” Guardian ” sympathises with the sorrowing family who, however, will. And some consolation in the knowledge that their loved one was held In such universal respect.

Headed by the band of the 2/35th Battalion, 70 members of the Newcastle police force, led by Constable S. ( Stephen ) Pender, marched yesterday at the funeral of Constable John Frederick Yorke, who died suddenly at his home at Adamstown early on Saturday morning.

The funeral left the Returned Sailors and Soldiers’ Memorial Hall, Perkin-street, yesterday, and proceeded to the Civic railway station, and then to Sandgate Cemetery.

The coffin was draped in the Union Jack.

The service of the Manchester Unity Independent Order of Oddfellows, of which Constable Yorke had been a member, was read by the Deputy Grand Master ( Bro. G. Kelly ).

Constable Yorke was born at Mudgee 44 years ago.

Death was due to heart trouble and the effects of disabilities sustained at the Great War, where he served three years with the 53rd Battalion.

He is survived by his widow and six children.

Quiet and unassuming, he was popular in the police force which he joined 16 years ago.

He had been stationed at Newcastle for the past 11 years.

Among those present at the funeral were the Officer in charge of the North-Eastern police district (Mr. J. H. White), who represented he Commissioner of Police (Mr. W. J. Mackay): Inspectors J. H. Aspery, A. G. McAlpin. and F. Noble: Messrs. W. Snow, President, and G. Hook, Secretary representing the Friendly Societies’ Association; Mr. J. Tarn, Assistant Clerk of Petty Sessions, representing the staff of the Newcastle Courthouse: and several members of the Adamstown Bowling Club.