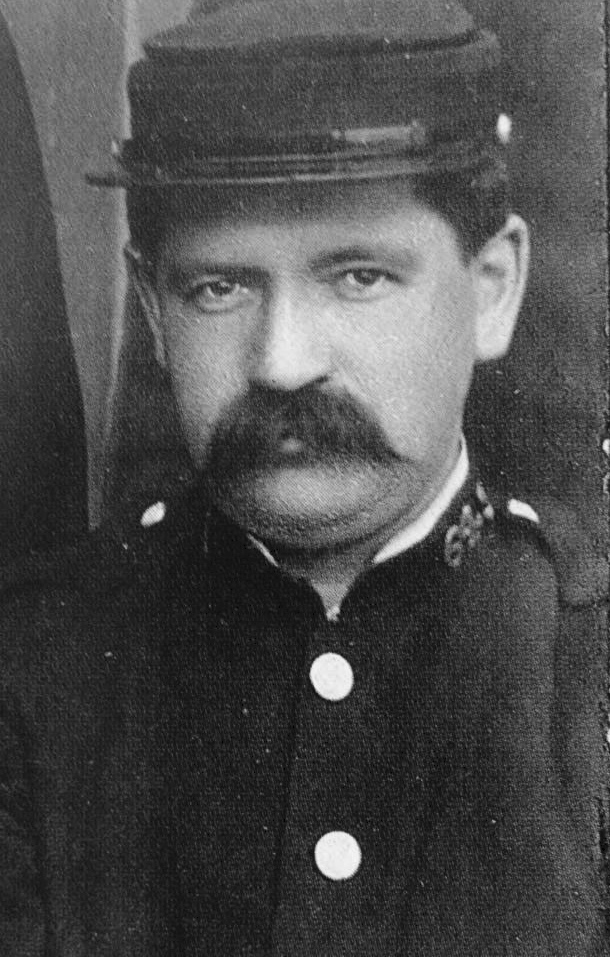 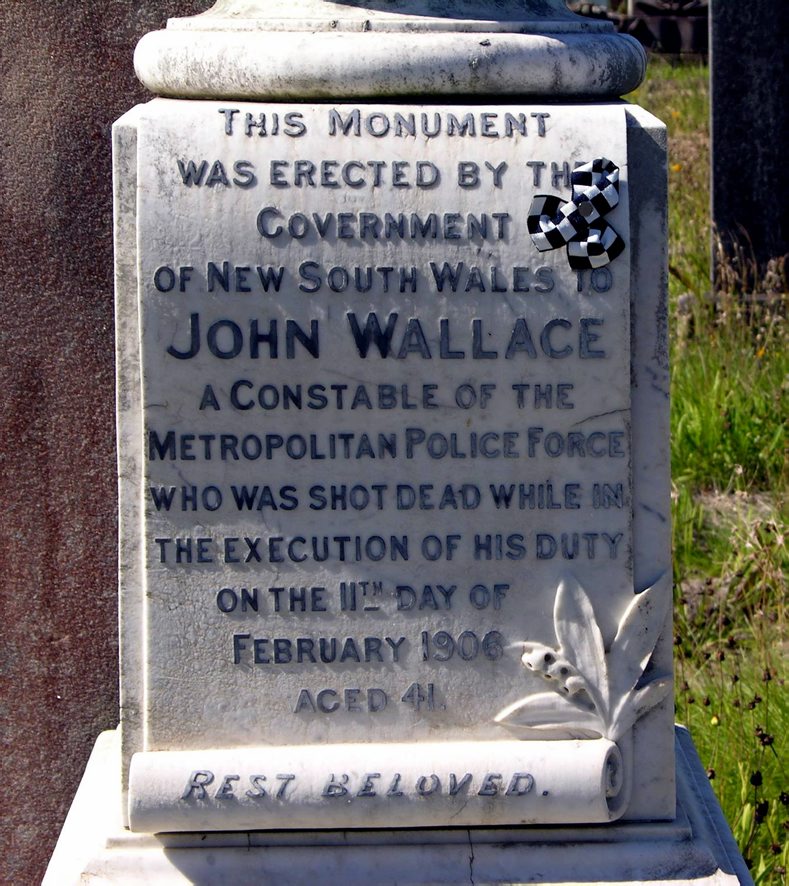 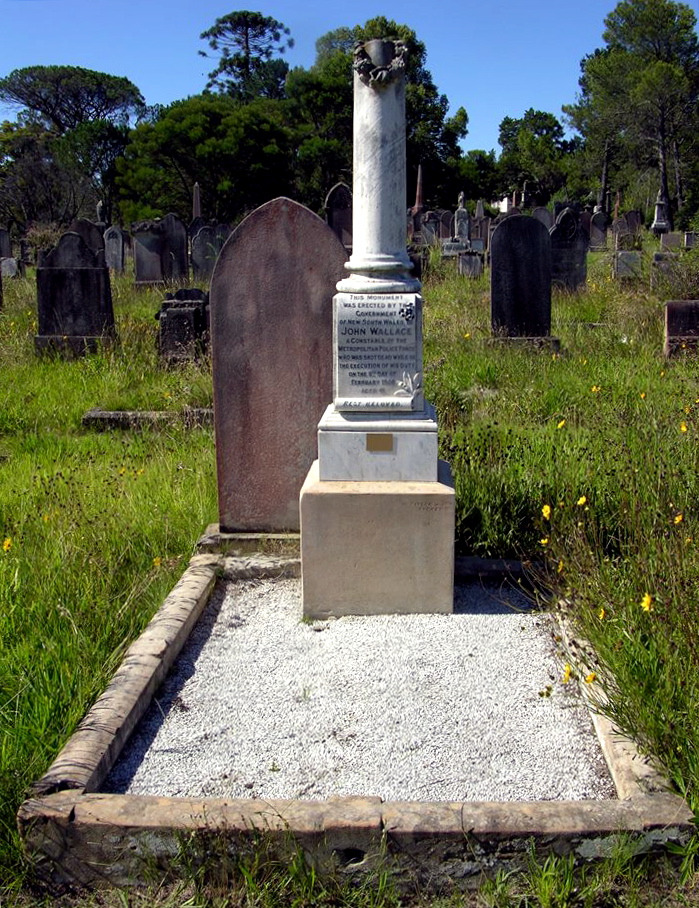 The Australian Town and Country Journal of 21 February, 1906 carried details of the inquest into the constable’s murder, and the performance of the police involved.

The inquest on the bodies of Constable John Wallace and Willie Yass, or Tanna, the victims of Sunday morning’s double tragedy at Newtown, was concluded at the Coroner’s Court, Sydney, on Wednesday. The Coroner said that from the evidence it seemed that the deceased Tanna was fired at by the police some ten, perhaps twelve, times in the course of the affray, but that he was only hit twice by the police, and that both wounds were superficial. The evidence also disclosed the fact that the cartridges were defective. Inspection had shown that. The Coroner said he mentioned that so that the authorities might, if they thought necessary, take action. He found that Constable John Wallace was wilfully murdered by Tanna, and that Tanna had committed suicide. “I think I may be permitted to add”, said the Coroner, “that the deceased, John Wallace, was a brave man and that he died while and because he was doing his duty. As to his comrades, without making any invidious distinction, I think I may also say that those of them who tried to rescue him, and to dislodge the man who murdered him, earned what most men prize very highly, and that is a reputation for physical bravery.”

The constable was born in 1860 and joined the New South Wales Police Force on 12 July, 1894. At the time of his death he was stationed at Newtown.

Recently at Rookwood Cemetery I attended a memorial service to commemorate police officers from the Newtown local area command killed in the line of duty. The moving service was attended by Deputy Police Commissioner Nick Kaldis, Superintendent Simon Hardman, the commander of the Newtown Area Local Command, many other police representatives, and relatives and descendants of the police officers. Those attendees included Ms Avona Wallace, Mr and Mrs Norman Stephenson, Mrs Lynette Everton and Ms Edna Stevenson. Representatives from the emergency services and community members were also in attendance. The member for Campbelltown, Bryan Doyle, attended representing the Premier.