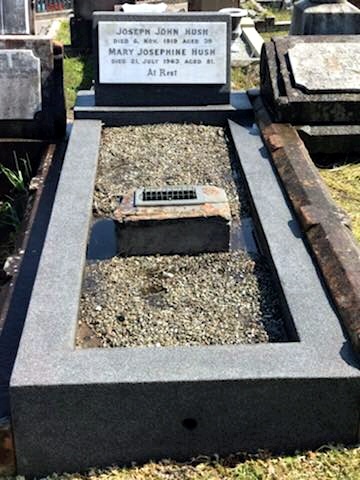 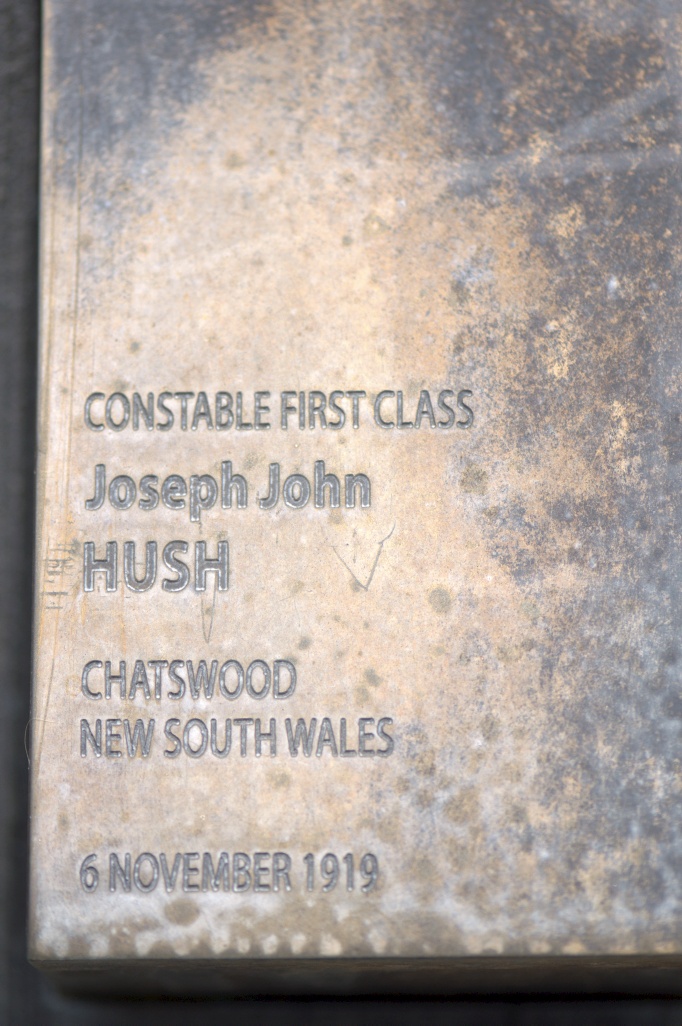 On 6 November, 1919 Constables Joseph Hush and Arthur ( Arthur Alfred Jacob )Willmott ( Q 9019 ) went to Roseville where they made enquiries into a robbery. On completion of these enquiries at about 5pm, they accepted a lift back to their station with a lorry driver. They had almost reached the Chatswood Police Station when a tyre on the vehicle blew out, causing it to overturn. Both constables were trapped beneath the vehicle and seriously injured. Both were conveyed to the Royal North Shore Hospital where Constable Hush unfortunately succumbed to his injuries. Constable Willmott recovered from his injuries.

The Sydney Morning Herald of 7 November, 1919 reported that ” Constable Hush, who was 39 years of age, had been in the police service for nearly 12 years. He was known as a steady, reliable man, who had performed good work on many occasions. He lived in Edward Street, Willoughby, and leaves a wife and six children. “

The constable was born in 1880 and joined the New South Wales Police Force on 9 January, 1908. At the time of his death he was stationed at Chatswood.

The following men submitted themselves for enlistment yesterday at Victoria Barracks :—

No find with WWI records at this time.