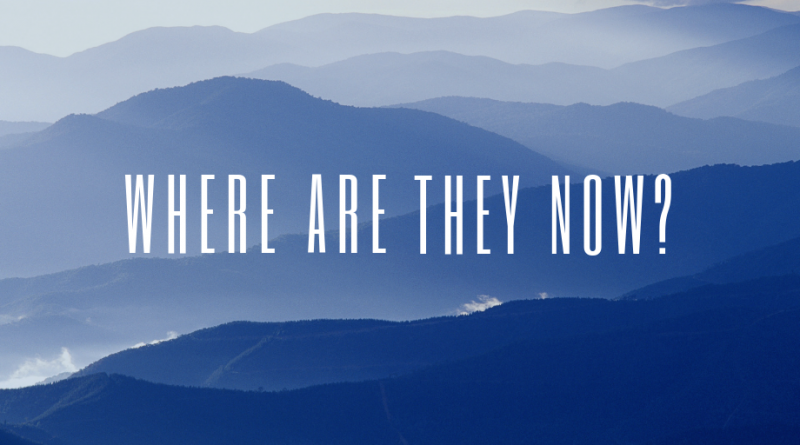 WHERE ARE THEY NOW ?

No other Mentions on the Australian Honours system – Although:

the Peter Mitchell Trust Award for ‘ Most courageous act ‘.

FURTHER INFORMATION IS NEEDED ABOUT THIS PERSON, THEIR LIFE & THEIR CAREER .

A telephone message was received at the Darlinghurst Police Station that a man, armed with a shotgun, had killed another and seriously wounded a woman and then attempted to set fire to some premises.

Detective Sergeant Gilmour, accompanied by two other policemen, arrived at the premises shortly afterwards and went to the basement at the rear.

A steep and narrow stairway led to the ground floor where a person could be heard moving about.

Gilmour, who was armed with his Service weapon, ascended to near the top stair and leaned forward to look around a partition. He saw the man standing in a doorway across the hall pointing a shotgun at him.

Gilmour called out that he was a Policeman and directed him to drop the gun.

The man stepped towards him and in a position above and slightly to the left of the Detective Sergeant aimed his weapon directly at him.

Both discharged their weapons at the same time and the Detective Sergeant was seriously wounded in the right arm.

The gunman was fatally wounded.

Detective Sergeant Gilmour displayed out-standing courage in ascending the narrow and steep stairway, being fully aware that an armed and desperate man was awaiting his approach and that he would be fired upon when he would be at a considerable disadvantage.

The man sitting on the edge of the gutter, injured and bloodied, is Detective Constable 1st Class K F Gilmour from Darlinghurst Police Station, soon to be promoted to Detective Sergeant.

It was the morning of ‘cracker night‘, 24 May 1957 and Gilmour was later awarded the British Empire Medal in recognition of his bravery on that day.

A man named Charles Spiteri had shot two people, killing a man and wounding a woman.

Detective Constable Gilmour ‘went to the premises with other police; he climbed the stairs to the room in which Spiteri was sheltering and saw Spiteri standing in a doorway pointing a shotgun at him.

He called to Spiteri that he was a policeman and told him to drop the gun.

Spiteri then aimed his gun at Gilmour and fired, Gilmour firing simultaneously with his service pistol.

Gilmour was seriously wounded in the right arm and had to retire, and it was subsequently found that Spiteri had been killed by the bullet from Gilmour’s pistol’.

The NSW Police Department annual report for 1957 declared that ‘in going up the stairs to the room after Spiteri, knowing that he was armed and had already shot one person, Detective Sergeant Gilmour displayed courage of a very high order.’

the George Lewis Trophy for 1957 (a trophy presented each year by a Sydney business for the most courageous act by a member of the New South Wales Police Force);

and the Peter Mitchell Trust Award for ‘Most courageous act’.

The injury to Gilmour’s arm resulted in a permanent disability.

The Queen has awarded the British Empire Medal to Detective Sergeant Kenneth’ Frederick Gilmour, hero of the gun battle between police and crazed migrant, Charles Spiteri, last May.

Gilmour‘s right arm was permanently disabled by one of Spiteri’s shots.

The Governor, . Lt.-Gen. Sir Eric Woodward, has been advised that the award was made for civil gallantry.

The citation stated that police were called to a residential in Burton Street, Darlinghurst, on May 24 last year.

Det. Gilmour, followed by two other police, ascended steps at the rear, of the building.

He saw Spiteri, armed with a shotgun, standing in the doorway, and both fired at once.

During his Police career he received three Commendations – i) Highly commended for his courage and devotion to duty displayed at Darlinghurst in 1957, on the occasion of the wounding of Detective Constable 1/c. K. F. Gilmour by a well-known criminal.

Earlier that day the offender had shot dead a male person and wounded a woman.

July 2011: Former Liverpool Police Officer – John (Jack) Ryder passed away aged 79. He had been retired for some years.

During his Police career in 1953, he was presented with a Queen’s Commendation by His Excellency the Governor of NSW on the 21.5.1954 for ‘Brave Conduct’ when grappling with an offender armed with a knife at Yennora in February, 1953.

In 1957, he was ‘Highly Commended’ for the courage and devotion to duty displayed at Darlinghurst in May,1957, on the occasion of the wounding of Detective Constable 1/c. K. F. Gilmour by an offender who had previously murdered John Brooks and wounded Ruby Brooks.

In 1959, he was commended for powers of observation and good policemanship displayed on four occasions between April, 1958 and January, 1959, including one occasion when he was off duty, in the detection of stolen motor vehicles, resulting in the arrest and subsequent conviction of the offenders concerned.

In 1966, he was commended for the role he played in the apprehension at Concord in January, 1966, of two notorious armed and desperate criminals, who had escaped from Pentridge Gaol Victoria, in December, 1965.

Both criminals were subsequently extradited to Victoria and charged with murder and escaping from lawful custody.