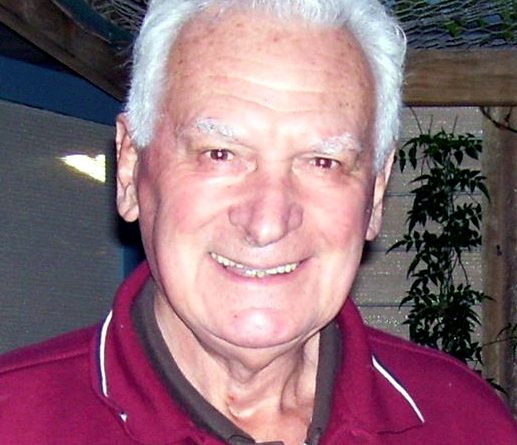 Sergeant 3/c. K. R. (Ron) Wark – In November 1966,
12 members of the Police Rifle Club travelled to Tasmania to participate in the Annual Dunlop Shield Australian Police Rifle Club Competition, and although they did not win
the event they maintained a high standard of shooting.

In October, 7 members of the Club competed in the 1966 Queen’s Shoot held at the Anzac Rifle Range, Liverpool.

During 1966 the Club entered 2 Grade Teams in the Metropolitan District Rifle Clubs’ Union, which commenced participation in a series of shooting matches against Melbourne, beginning in August, 1966 concluding in June, 1967.

Sergeant 3/c. K. R.(Ron) Wark was one of three of the Police Rifle Club member to be selected from 540 members of the Union for inclusion in a team of 15 to represent Sydney.

On the 20 July, 1984, the NSW Police Academy was officially opened in Goulburn by the Minister for Police and Emergency Services the Hon. Peter Anderson (M.P.); Commissioner of Police Cecil Abbott, QPM; and the Principal of the NSW Police Academy, Executive Chief Superintendent Ron Wark. (Although students were in residence from May, 1984).

An Ungarie man had thrown himself to the ground several times in attempting to resist arrest, the West Wyalong Court of Petty Sessions was told on Friday.

Before the court was James Robert Fitzgerald of Ungarie, who pleaded guilty to two charges.

Fitzgerald was charged with resisting arrest on March 4, last Thursday, and using indecent language within the hearing of persons passing in Ethel Street, Ungarie.

Apparently, the language was being used to his wife.

Attempting to arrest him, Fitzgerald had resisted, violently throwing himself to the ground on a number of occasions.

A civilian had to assist the officer and Fitzgerald was carried bodily to the car.

During the struggle, Fitzgerald had torn the constable’s coat at the seam and the coat now had blood and a grass stain on it.

Mr. Finlay was told that Fitzgerald is a fettler by occupation, and he was now on transfer to Griffith.

Fitzgerald was fined £5 on each charge, and ordered to pay 10/- to Constable Wark as compensation for the damage to his clothes.

He was further ordered to enter a good behaviour bond of £30 for a period of two years.