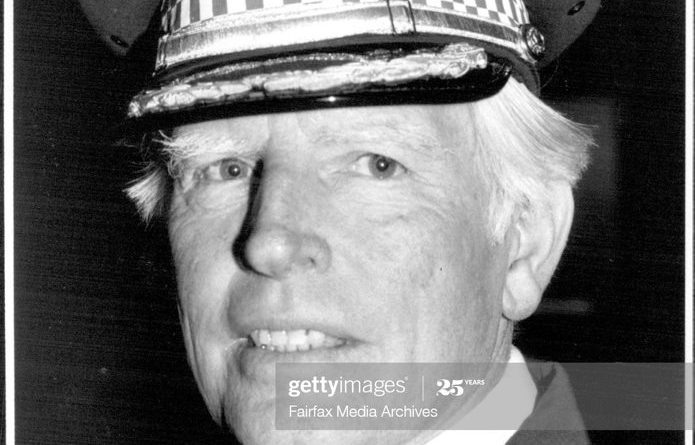 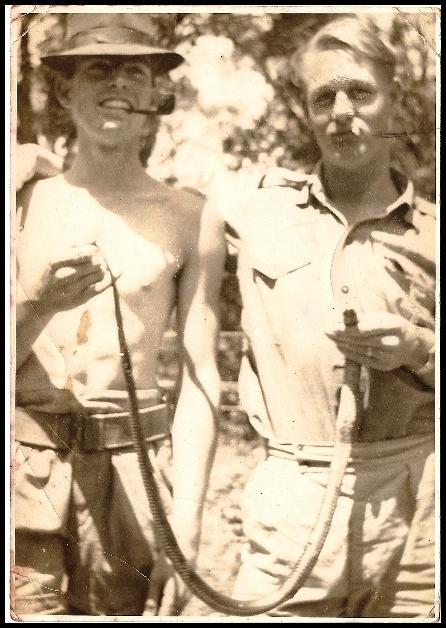 On the left is former Assistant Commissioner, Lance Stirton (Cadet No. 559) with Jack Bailey (Cadet No. 613) holding the blunt end of a very much DEAD red-bellied black snake. Jack being the junior two, he was allowed (directed?) to hold the bitey end for the photo.
It was taken at Buff Point around 1947 – where Lance’s parents had a weekender…Lance and some of his male friends, together with his sister (Betty) and her girlfriends, most of whom were workmates, would spend some weekends at this place – a million miles from no-where in those days then travel back to Sydney on Sunday night by bus then train.
The snake was killed and (being cadets) carefully curled up before being placed in the sandy-dirt floor of the back-yard ‘dunny’ and then they waited. The door on the old dunny inwards. Jack’s (now wife of nearly 60 yrs) was first to enter and close the door to relieve herself but when her eyes became accustomed to the darkness from outside sunlight, the bottom hinge was taken off the door as it blasted open.
What a terrible joke to play on someone who always feared snakes. But we were waiting on the back step for her to wake up to what it was.
Thankfully for Jack she was the forgiving type. She is still with him!!! 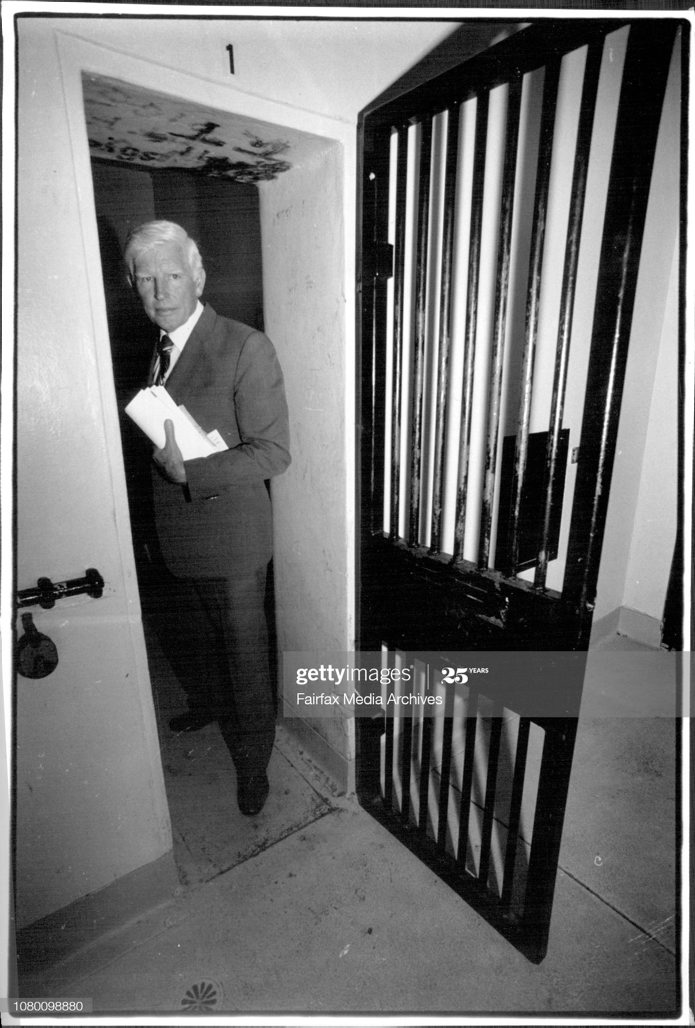 With regret I advise the death of Lance STIRTON, 85 old, former Regd. No. 6340, an Unattached Veteran Member of the RPA.

Lance passed away on 02/04/2015 and his funeral is proposed to be held at 11am on Friday 10th Instant at All Saints Anglican Church, Ocean Street, WOOLLAHRA.

Provided over 47 years of dedicated and exemplary Police service to the State of New South Wales.

A Funeral Service will be held for Lance in All Saints Anglican Church, 85 Ocean Street, Woollahra on Friday April 10, 2015 commencing at 11.00am

Lance STIRTON passed away in Sydney, New South Wales. The obituary was featured in The Sydney Morning Herald on April 7, 2015.
*

My Sincere condolences in the passing of Lance.

I have only now become aware of his passing.

I worked for Lance in the NSWP in admin support throughout 1997/9.

He was an impressive leader for all to follow in the best traditions.

Lance displayed an incredibly high level of integrity, honesty, and fairness in his dealings with all personnel. He treated everyone with a high degree of respect, which was always reciprocated by all.

Lance always had a smile and a nod to say “g’day” each day, and I am pleased to say that I had the privilege of working with and for him, and believe that I am a better person from my working association with him. My he rest in peace.

My sincere sympathy to the Stirton family. May he Rest in Peace.

Sincere condolences in the passing of Lance.

I worked for him in NSWP in admin support.

He was an exemplar for all to follow in the best traditions of integrity, thereness and getting the job done.

A wonderful man revered by all who had the pleasure of working with and for him.

My he reap his eternal reward.

Our thoughts are with you at this sad time.

NSW Police Service Annual Report 1991 / 1992
Lance Stirton APM
Deputy Commissioner and State Commander
Mr Stirton is currently the longest serving police officer in the State and has received 13 awards throughout his career including the Commissioner’s Commendation.
Mr Stirton was appointed to the position of State Commander in May 1991.
During his long career he has commanded a wide variety of specialist criminal investigation squads including Homicide, Consorting and Special Breaking, and the Special Weapons and Operations Section.
When promoted to Assistant Commissioner, he had responsibility for Police Rescue, Air Wing, Water Police and State Emergency Service Personnel.
He was given the command of the South West Region when the Service was regionalised in 1987, and was instrumental in consolidating the concept of community-based policing into that region’s operations.
https://media.opengov.nsw.gov.au/pairtree_root/e1/e3/10/01/f5/bf/c1/36/7a/ab/cb/47/33/e9/83/50/obj/document.pdf
UPI Archives

The pilot of a twin-engine commuter airliner collapsed at…

SYDNEY, Australia — The pilot of a twin-engine commuter airliner collapsed at the controls Sunday but was revived in time to safely land the craft, the Transport Department reported.

Officials said pilot Peter Bell collapsed about 30 minutes after his Beechcraft King Air 200 plane left Lord Howe Island in the Tasman Sea on a flight to Sydney, 435 miles to the southwest, with two passengers, Lance Stirton and Ronald Squires.

Authorities said the plane was flying at 27,000 feet when Bell went into convulsions and collapsed unconscious over the controls. The pilot is believed to have suffered from food poisoning and was unconscious for 40 minutes, officials said.

‘The plane was on automatic pilot at the time because we were flying in good weather,’ said Squires, 34. ‘I remember thinking, ‘Thank God for that.”

Squires said Stirton, a police inspector, came to the cockpit and began giving Bell mouth-to-mouth resuscitation while he called on the plane’s radio for help.

Pilots of another Advance Airlines commuter plane and a Qantas jet nearby began describing the aircraft’s operations to Squires in case he had to try to land it.

‘About 30 minutes out of Sydney, Inspector Stirton managed to revive Capt. Bell, who finally brought the plane down safely,’ Squires said.