Died on:  Wednesday  29 May 1991 whilst playing in the Golden Oldies Rugby tournament, Perth, W.A.

Cause:  Heart failure of the mitral valve 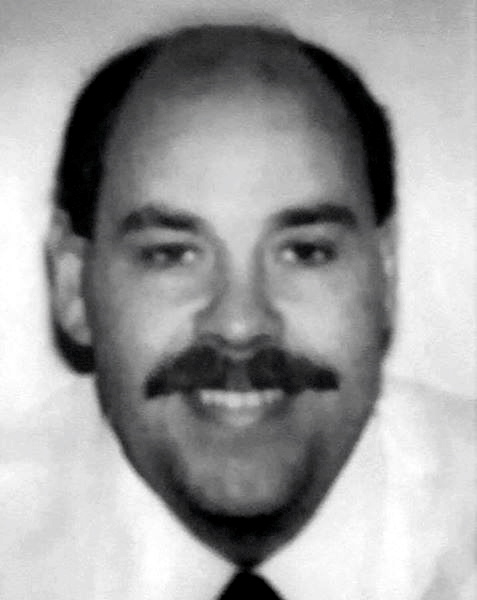 LEONARD is mentioned on the Police Wall of Remembrance 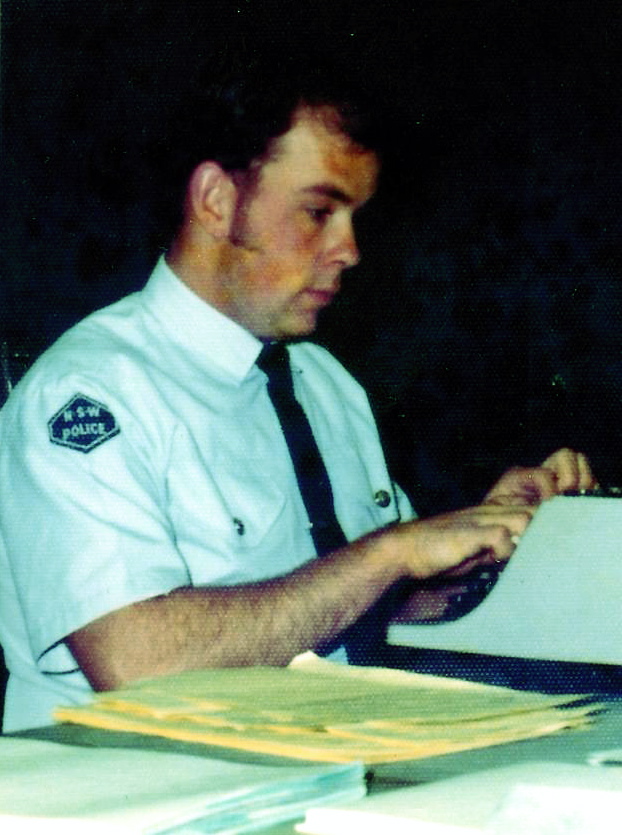 Detective Sergeant Lenny Dean passed away in Perth on 29 May, 1991 as a result of a rupture in his mitral heart valve. It was later determined that the medical condition was a result of the sergeant’s stressful policing career.

The sergeant was born in 1953 and commenced training with the New South Wales Police Force on 23 September, 1974. At the time of his death he was stationed at Queanbeyan. 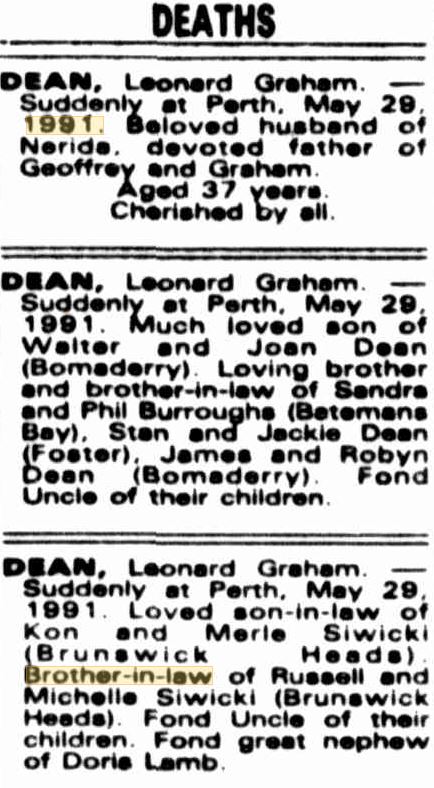 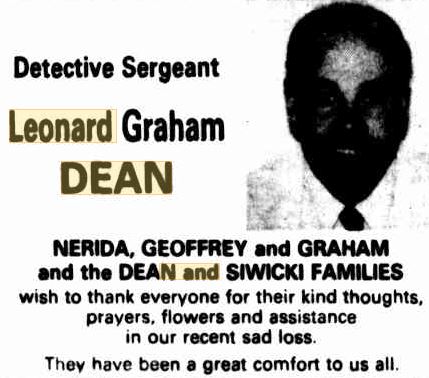 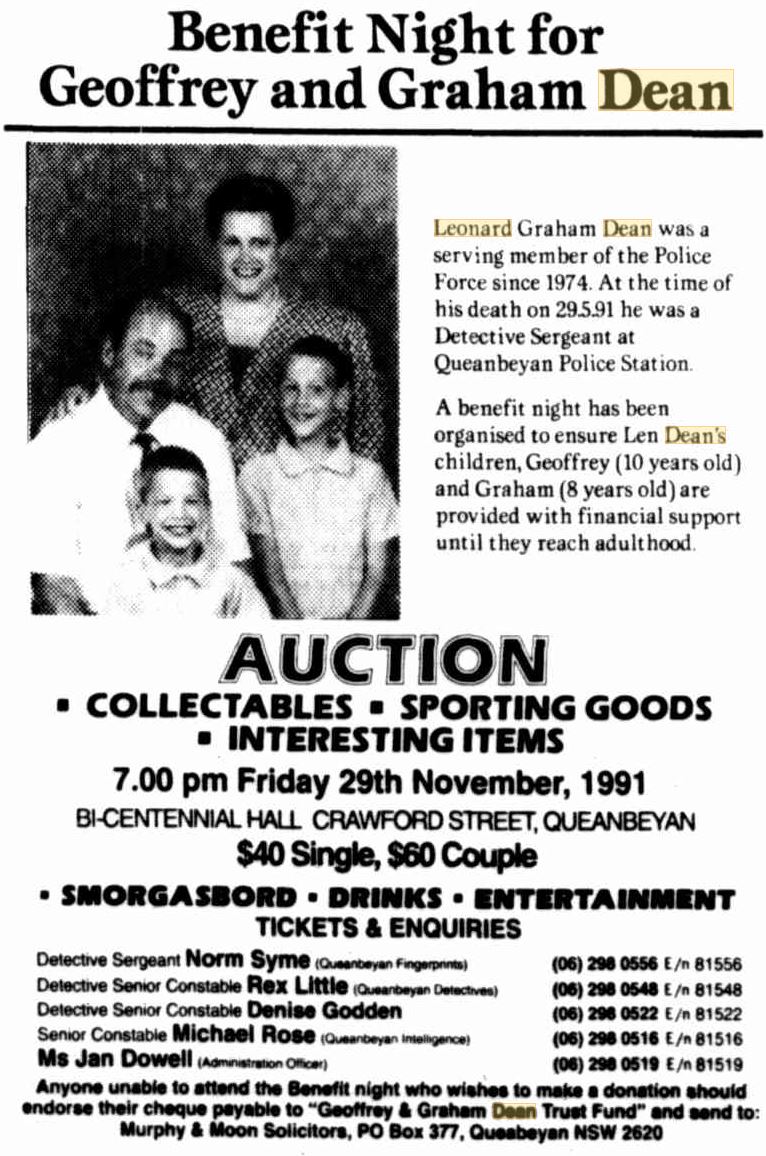 COURTS and THE LAW

SYDNEY: Five media organisations were fined a total of $670,000 by the Court of Appeal yesterday for contempt of court.

The fines related to reports of the arrest of Paul Gerald Mason and his confession in July last year to three pickaxe murders and an attempted murder.

The court found that the reports were likely to, or had a tendency to, interfere with a fair trial. Fines imposed were:

No fine was imposed on Dean, but he was ordered to pay the NSW Attorney-General’s costs of bringing the prosecution, as were all the other defendants.

Mason, 27, was arrested after surrendering to police on July 29, 1989, and was later charged with the murders of Ruth Ferguson, 25, and her eight-month-old son, Mark, on July 27, 1989, near Eden. Mason was also charged with the murder of Mary Alice Clark, 29, at Gearys Gap, near Canberra, on May 12, 1989, and the attempted murder of her one-year-old son, Samuel, on the same day. On September 11, he hanged himself in his Goulburn jail cell.

The judges said the publication of obviously prejudicial material would, unless emphatically punished, reduce community belief in the capacity of the courts to maintain standards of fairness in trials.

The report in The Daily Telegraph had followed “an embarrassing mistake” by an experienced solicitor, who advised that the report would not be in contempt of court. The position was different with the Daily Mirror report, which was published “simply in reckless pursuit of a good story, and sales”.

The judges said Channel 7’s concern was for the risk to which it was exposed, not for the damage done by the broadcast.

There had been no explanation from the ABC as to how its offending broadcast came to be made. The judges inferred that the persons involved knew there was a risk of contempt and were prepared to run that risk.

The judges assumed the imposition of a fine would have a deterrent effect on the corporation, even though no individual was directly affected financially.

In relation to Channel 10, the judges were “not persuaded that the financial information put before us should have any effect on the outcome of the matter”. The channel was not in liquidation and was carrying on business.

Referring to Dean‘s statement to reporters that Mason had admitted to three murders, the judges said it would be unfair to punish him for defects in the way the police organised media relations.

Since then, a new media policy had been issued.

The NSW Attorney-General, John Dowd, summonsed the station, alleging its news report of July 31, 1989, could have prejudiced a fair trial.

A videotape of the report named Mason and showed him accompanying police to the scene of his alleged crimes.

Bruce James, QC, for the Attorney-General, said he accepted there were extenuating circumstances in relation to the Channel Ten report.

The station had a system of legal checks in place, but it had broken down on this occasion.

On Tuesday the court reserved its decision on the penalty to be imposed on the ABC, which pleaded guilty to contempt over a similar report.

Judgment was also reserved yesterday on whether Channel 9 is guilty of contempt over its report of the same events. The station has denied its report could prejudice a trial.

Channel 7, Nationwide News Pty Ltd and a police officer, Detective Constable Leonard Graham Dean, have yet to come before the court on similar summonses.

Mason, 27, of Riverstone in Sydney’s west, surrendered to police on July 29, 1989, after the ABC telecast an appeal by his father.

He was charged in Queanbeyan Local Court with the murders of Ruth Ferguson, 25, and her eight-month-old son, Mark, on July 27,1989, at their Pambula Beach home.

Mrs Ferguson had been battered with a pickaxe and her son strangled with a cord.

Mason was also charged with the pickaxe murder of Mary Alice Clark, 29, at Geary’s Gap, near Canberra, on May 12, 1989, and the at tempted murder of her one year-old son Samuel. Mason hanged himself in Goulburn jail on September 11.

Lead up to the Contempt court actions

Bond for union official over assault on shearer

A union official who assaulted a shearer on a property near Yass during the shearers’ dispute last year was fined and released on a bond yesterday.

Detective Senior Constable Leonard Dean, of Queanbeyan police, told the court that police were talking to other people about related assaults and a second man had surrendered to police on Monday and admitted assaulting the property owner.

Mr Ashton, secretary of the Harden branch of the Australian Workers’ Union, said he worked from time to time as a wool-presser in district shearing sheds.

He had been in a delegation of AWU members from all over NSW which had travelled to Canberra on May 10. The delegation had sought ministerial agreement to a proposal that New Zealand shearers, who had been taking work away from AWU members, should have visas before they could work in Australia.

The delegation had not been successful and had been “pushed from one Minister to another”.

Mr Ashton said that he, another man and Mr Bill Sinclair, an AWU organiser, had stopped at the property on their way back from Canberra.

Mr Sinclair had gone into the shear ing shed and spoken to the shearers. He had returned soon after and announced that the shearers were using wide combs, were non-unionists, had refused to join the union and were working illegally.

Mr Ashton said he went into the shed where there was “a bit of pushing and a lot of harsh words”.

When he and about 15 others had left the shed, someone had called out that “a blue” had started and the men had returned. Mr Ashton said he punched Mr Lawrence in the face several times.

When the men had left the property, they had agreed to deny ever having been there if asked. Mr Ashton said he had done this when asked by police about the incident two weeks later.

Feelings had been running high over the wide-comb issue at the time and families had split because of it.

His branch of the AWU was trying to get harmony back into the shearing sheds.

Judge McGuire said that normally he would jail a person for such an offence. However, Mr Ashton had pleaded guilty, saving the community thousands of dollars in legal costs, and had frankly admitted his role in the incident without trying to lay the blame on anyone else.

He deferred passing sentence, released Mr Ashton on a $1,000, three year good-behaviour bond and fined him $500.

Five men charged over the alleged kidnapping of a Bungendore couple were committed for trial at the conclusion yesterday of a 10-day committal hearing in Canberra Petty Sessions.

The men were among seven people charged in connection with the alleged kidnapping of Mr Stephen John Harrison and Ms Heidi Maree Van Leeuwen in February.

Two other defendants were discharged after the Acting Chief Magistrate, Mr Dobson. ruled there was insufficient evidence to find prima facie cases against them.

All charges related to the alleged kidnapping of Ms Van Leeuwen were dismissed after Mr Dobson said he was not satisfied that her detention had been to anyone’s advantage.

One of the five men committed to the ACT Supreme Court, Mr David Graeme Hudson, was refused bail pending his trial after the prosecutor. Mr Wayne Roser, told the court that Mr Hudson had made threats against police and one of the accused.

All five men then entered pleas of not guilty and reserved their defences.

Mr Dobson said he was satisfied that Mr Klug had been involved in the offences but in a peripheral way only. Mr Klug had been “skating on thin ice” and had brought the proceedings on himself.

But the peripheral nature of his involvement did not justify the waste of public money involved in putting him on trial and he ordered that Mr Klug be discharged. Mr Dobson refused to make the order for costs in Mr Klug’s favour sought by his counsel, Mr Ben Salmon.

In addition, there was insufficient evidence that the detaining of Ms Van Leeuwen had been for the advantage of Mr Hudson (an element of the charges laid) and he ordered that Ms Towse be discharged.

At the request of her counsel, Mr John Purnell, he ordered police to pay Ms Towse’s costs of $250.

In opposing bail for Mr Hudson, pending his trial, Mr Roser drew the court’s attention to the seriousness of the offences, the threats made to police that had been revealed in tape recordings played to the court on Thursday, a threat made to Mr Jones during the proceedings, and the fear of reprisals held by the victims of the alleged kidnappings.

Mr Dobson refused bail for Mr Hudson but released the other four men on bail of $5,000, with similar sureties, and ordered them to report to police weekly and not approach any witness connected with the case.

Earlier, Detective Senior Constable Leonard Dean, of Queanbeyan, told Mr Roser he had spoken to Mr Ganitis at the Civic Police Station on February 14. Mr Ganitis had told him that he had gone to Mr Harrison’s house in Bungendore with Mr Hudson and a man called Steve on February 10.

While there, Mr Hudson had asked Mr Harrison for drugs. Mr Harrison had told him of the location of some and about 25 grams of “speed”, in one-gram packets, had been found in the back yard. Ms Van Leeuwen had also produced a quantity of marijuana.

Mr Harrison had later been taken to a house in Belconnen and assaulted. He [ Mr Harrison] had said that he and two other men had been involved in the firing of shots at Mr Hudson’s house on an earlier date. Senior Constable Dean said.

During a signed record of interview, Mr Ganitis had denied that any weapons had been produced at Mr Harrison’s home. He had allegedly said that Mr Hudson had said he had a gun but had been bluffing.

Mr Harrison had been tied up at Steve’s house but when he had gone to Mr Hudson’s he had had “the run of the joint”.

Mr Ganitis had said he had made sure that no-one had touched Ms Van Leeuwen “by telling everyone to leave her alone, mainly David”.