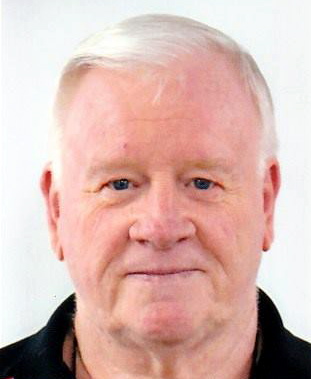 Died on: Wednesday  23 October 2019 surrounded by family and Linda

Cause: Heart operation complications under surgery 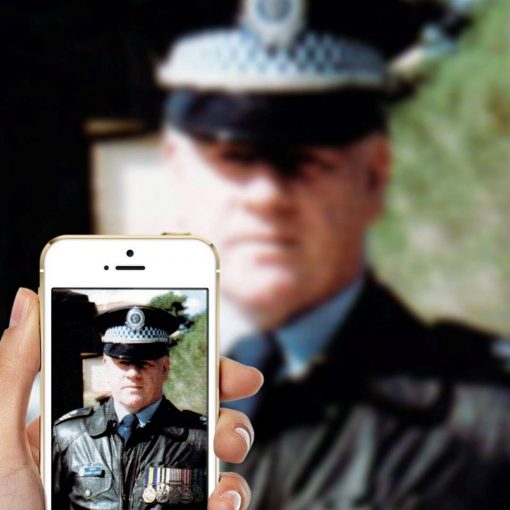 Barry, whilst still living in England, joined the Royal Air Force before emigrating to Australia with his wife, Linda, aboard the ship TV Fairstar from Southhampton.

At the time of arriving in Australia, on the 14 December 1969,  he was employed in the Catering field as a Cook & Waiter.

They moved to a unit at 131 John St, Cabramatta, NSW

His Australian Army Regimental # 2147621 – Commissioned on 24 August 1974 as 2nd Lieutenant.  Baz left the Army Reserve holding the Rank of Captain.

Baz and Linda met as 15 year olds and have been together every since.

Barry was a member of the Royal Australian Corps of Military Police prior to joining the NSWPF.

During his career with NSWPF, Baz was a member of the TRG ( Tactical Response Group ) and trained many Police in the use of the ( then ) new long batons ( which replaced the small rubber ‘trungens’ that we used to be issued.

He was instrumental on the inception of ‘simunition’ training, the change over from the Smith & Wesson .38 to the Glock Pistol, Mandatory OS ( Officer Survival ) tactics and training and the full time Weapons Unit.

After his Policing career he joined Corrective Services in the Court system for a short time before finally giving up work to enjoy a more ‘relaxing’ life.

Prior to the invention of Facebook, Barry was an on-line member of the Policing Forum, the TBL ( or the Thin Blue Line ) – which is still an active Policing Forum which hangs off my main site – www.AustralianPolice.com.au

He posted over 5,760 posts on that Forum and his knowledge and expertise shone through with the way he helped other former, serving and ‘wannabe’ Police.

Barry, and others like him, put himself forward to bring vast improvements to Policing and Police safety – for the benefit of us all, and the benefit of Police who will come well and truly after we ( the old guard ) have all left this earth.

His comments and insights, on TBL, are still part of the enduring legacy that he leaves behind – for others to read and be guided & learn by.

There are, no doubt, Police who possibly owe their life to Baz – for the training he provided those people over many years.

It can never be said that Baz did not stand before an angry man – for he was always the one to ‘lead’ from the Front and By Example when the battles began and the ‘shit’ hit the fan.

The 1985 Bathurst Bikie Riots are just one example of this Bullmastiff standing up to the Rotweiler.

Eventually, when Facebook came along, communications were becoming more instantaneous and, eventually, Barry moved from the Forum style of on-line communications to the FB style, and thus – hadn’t made a Post on the TBL Forum since 23 October 2016 – but his 5,760 Posts remain.

Baz was always boasting about his visits to NZ to visit family ‘over the ditch’ and how extremely proud he was of his kids and grandkids.  That deep love and affection is quite obvious in all the photos he has shared with us over the years.

He and Linda recently moved up the coast, from Camden, to be closer to their daughter.

Barely time for any of them to settle down in their new digs, when the old boy went into the Hospital system for a relatively minor heart operation on Tuesday but was met with complications from which he was not to recover and, sadly, passed away with Linda and family by his side on Wednesday – never to have regained consciousness again.

Baz, you contributed to this world.  You did not leave empty handed but holding the love and affection of a great tribe of people who loved and put their trust in you.

My friend, our friend – may you Forever Rest In Peace.

Hi everyone. I would like to introduce myself before I continue. I am Barry Lewis’s 3rd daughter, the gorgeous one and the one who was of course the apple of her daddies eye ( I also got his tongue in cheek wit as you can by now probably tell).

On behalf of my family I would like to say thank you. Your condolences and lovely words have carried our family through this very tough time. My dad would have been so proud that you have all stepped up to support us.

We are so totally overwhelmed with the outpouring of grief that has been displayed and want to reach out to each and every one of you and offer comfort.

My dad was my hero, he is the example that I have held every man I have ever met up to and most have failed. He was my dad my friend, my inspiration and my strength and through this page I have been able to see that he was also these things to so many more people.

To all of you I offer my condolences for your loss, I never realised the hole that he would be leaving in your lives.

Thank you for being a part of his life. He valued every one of you and was so proud of his work here on this page.

What a wonderful tribute to my father. He was an amazing man and his legacy will live on through his daughters and grandchildren.
Thankyou for taking the time to write this

What a wonderful tribute to Barry – he most definitely was an amazing man, and was truly loved for his many, many attributes. We will definitely miss him, it is still so hard for us all to believe we won’t see him again, but we have all the great memories he left behind. He will be forever in our hearts. R.I.P. Barry

Rest in peace Barry, you have done your duty, you were a legend in life.

Barry Lewis
An absolute gentleman who I will always remember fondly .
He possessed a heart bigger than Phar Lap and never took a backward step.
They don’t make them like him anymore .
Tim Priest