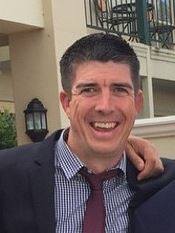 This officer was from Mordialloc station, and is understood to have taken his own life after being involved in a minor traffic incident in the bayside suburbs on Wednesday night.

Two Victoria Police officers take their own lives in a week

Victoria Police is grappling with the suicides of two officers in a week, as it awaits a high-level review of mental health issues within the force that is expected to recommend an overhaul of support services.

As Chief Commissioner Graham Ashton described the challenge of mental health issues among police as “one of the most important issues” he had to face, the families of the two officers were mourning the sudden losses.

In 41 days this year, two officers and a police employee have taken their lives. It has been almost 10 years since a Victoria Police officer died on duty, according to the Police Association honour roll.

The first officer  ( Ray McNISH ) who died this week was from Echuca police station, but ended his life at a house in Tocumwal, a small town in NSW about 110 kilometres to the north-east.

The other officer ( SenCon Paul Anthony BRENNAN ) was from Mordialloc station, and is understood to have taken his own life after being involved in a minor traffic incident in the bayside suburbs on Wednesday night.

Neither officer was on duty at the time of their deaths.

“The death by suicide of a police member is always cause for enormous concern at Victoria Police. Looking after our people is one of our highest priorities,” police spokeswoman Acting Sergeant Melissa Seach said.

“We are heavily committed to improving the mental health support available to all our staff.

“We know that anxiety, depression and post-traumatic stress can all be triggered by the stressful situations our people can find themselves in.”

Acting Sergeant Seach said the Victoria Police Mental Health Review would be completed in late March. Mental health experts have been consulted as part of the review.

“Suicide has long been a problem for Victoria Police as it has been across the population in general.

“Victoria Police understands that with improvements in recognising and addressing mental health issues, the incidence of suicide can be reduced and we are committed to doing this.

“The organisation will continue to work … [with] partners such as the Police Association, beyondblue and independent universities to improve our services and ability to break down barriers and help those at risk.”

In October, The Age reported that an officer had taken her own life at a police station, soon after she was deemed fit to carry a service firearm, despite suffering from mental illness.

The leading senior constable ( Simon CARROLL ) was a mother of three.

It was also reported that a senior police officer who was charged with murder suffered mental health issues for almost a decade before he allegedly shot and killed a man during a routine intercept in Windsor in 2013.

Senior Constable Tim Baker, 44, allegedly shot Vlado Micetic three times in the chest during the intercept, and claimed he acted in self-defence.

He is believed to have an extensive history of psychiatric problems, raising further concerns about Victoria Police’s handling of mental illness and its policies surrounding access to firearms.

Mr Baker took extended leave on several occasions because of his illness, and was only allowed to resume work after approval from a Victoria Police psychiatrist.

But less than a year before the shooting, it is believed Mr Baker was involved in a serious altercation with another officer that should have set off alarms, according to colleagues of the accused man.

The coroner is also set to investigate the death of a sergeant ( Sergeant Martin James VEAL ) who took his own life last June.

It is believed at least five officer deaths are before the coroner. More than 40 Victoria Police officers have reportedly committed suicide since 1990.

The force said they would not comment on the circumstances of the officers’ deaths while they were the subject of coronial investigations, including whether they were reviewing access to service weapons.

BRENNAN. Paul Anthony.
25.5.1981 – 10.2.2016
Beloved son of Ann and Tony (dec. ).
Brother of Neil and brother-in-law of Karin.
Loving father of Jack and uncle of Jenson.
Tragically gone from our lives. There are no words to describe your loss. You were so loved, but you couldn’t see it.
A man of many talents, but self-doubt stopped you achieving.
Rest in peace my darling with your beloved Dad
See later paper for Funeral details
Obituaries
Published in Herald Sun on 15/02/2016

BRENNAN. Paul. The President, Executive and Members of The Police Association mourn the passing of Senior Constable Brennan and extend their deepest sympathy to his family. At Rest
Obituaries
Published in Herald Sun on 17/02/2016

[divider_dotted]
BRENNAN. Paul. The St Brigid’s / St Louis Cricket Club sincerely regret hearing about the passing of past player Paul Brennan. Our thoughts are with his family during this difficult time.
Obituaries
Published in Herald Sun on 16/02/2016
[divider_dotted]
BRENNAN. Paul. The St Bedes / Mentone Tigers AFC is sad to record the passing of Paul, our 2006 and 2007 Senior Premiership Player and we extend our deepest condolences to his mother Ann, brother Neil and extended family. Brezza as he was affectionately known was much loved by all of us and his personality was infectious. He will always be remembered by all at our club. R. I. P.
Obituaries
Published in Herald Sun on 16/02/2016

[divider_dotted]
BRENNAN. Paul.
Senior Constable 36201
Assistant Commissioner Robert Hill on behalf of all employees of the Southern Metro Region sincerely regret the tragic passing of our colleague and offer our deepest sympathy to his family and friends.
Obituaries
Published in Herald Sun on 15/02/2016

[divider_dotted]
BRENNAN. Paul.
Senior Constable 36201
Station Command, Sergeants and all past and present members at Mordialloc Police Station sincerely regret the tragic passing of our friend and colleague. We stand together to offer our deepest sympathy to his family and friends.
Obituaries
Published in Herald Sun on 15/02/2016

[divider_dotted]
BRENNAN. Paul. The Mordialloc Football Netball Club committee, players and supporters are deeply saddened by the sudden passing of our assistant coach for 3 years and inaugural part of our 2014 premiership, Brezza. His warm smile and engaging personality will be sorely missed around Ben Kav in years to come. Our sincere condolences to his family and friends.
Obituaries
Published in Herald Sun on 15/02/2016

[divider_dotted]
BRENNAN. Paul.
Senior Constable 36201
The Chief Commissioner, Officers and Employees of the Victoria Police Force, regret the passing of their colleague and offer their deepest sympathy to his family.
Obituaries
Published in Herald Sun on 15/02/2016

Today we remember a great man of our club and the community.
Our sincere condolences to the family & friends of Paul Brennan who tragically passed away overnight.

Janice Prentice This is ?…. May the family be comforted by family and friends.

Emily Crawford One of the greats!

Dez Dierickx Such terrible news!!!, I played football with Paul through juniors, great bloke and family, my thoughts are with them today!

Dianne Rondi So terrible. Thoughts and condolences to family.

Luke Healy Such terrible news! But a legend who will be remembered fondly by many. RIP Brezza. Thoughts and condolences are with Ann and Neil in this time.

Mark Doran Also a great basketballer in the day. Played many a game against him. So sad to hear.

Alicia Womersley One of the greats! RIP Paul, your cheeky smile and contagious laugh will be missed.

Pauline Parker We loved you Paul , a true larrikin ….. May he rest in peace

Seana Hunt A very special man to so many. Love and best wishes to Ann and family at this very sad time

February 11 at 10:23pm
St Bedes/Mentone Tigers AFC  The funeral for Paul Brennan will be held at St Louis de Montfort primary school hall, Dolphin Street Aspendale, this Thursday 18th of February 2016 at 11:00am.

Please be advised that parking around the school is very limited so we request as many people as possible car pool to maximise the available spaces in the car park and surrounding streets.
In lieu of flowers the family request a donation be made to Beyond Blue (envelopes will be available on the day).Following the funeral service light refreshments will be served at the rear of the school hall. Ann Brennan, Neil Brennan & Karin Laidlaw then invite all family & friends of Pauls to join together at Mordy HQ (Mordialloc Sporting Club) 528 Main Street Mordialloc from 2pm to share your memories of ‘one of the greats’.
February 16 at 11:31pm
[divider_dotted]

In remembrance for a champion bloke, A top mate and ‘one of the greats’  Paul Brennan.
‘Team Brezza’ ” Chris Jamieson (Rocco), Simon Barker (Simmo) and Matthew Joyce (‘Bingo’ or ‘Jars’) are going to participate in Australia’s most stunning Ultra-Marathon- The Great Ocean Road 60KM Ultra Marathon!We’re going to raise money for Beyond Blue who passionately provide information and support to the lives of people who are experiencing anxiety and depression.  Currently we have raised $2700 Cheers to all who have supported so far.Where also looking at other ways we can fundraise for this event. (Details to come).I know Brezza had a big impact on many people in Melbourne’s southern suburbs, so I’m hoping many of you will get behind this good cause.Every little bit helps so please donate now by clicking on the link and pressing donate .Thank you for your support.

Most Australians have some experience with anxiety and depression or related disorders, whether it is personal or via family, friends or work colleagues.  beyondblue’s work is aimed at achieving an Australian community that understands depression and anxiety, empowering all Australians, at any life-stage, to seek help.  beyondblue raises awareness, reduces stigma and ensures people have access to the information they need to support recovery, management and resilience.
beyondblue is a national, independent, not-for-profit organisation and a bipartisan initiative of the Australian, state and territory governments.
beyondblue works in partnership with health services, schools, workplaces, universities, media and community organisations, as well as people living with depression/anxiety and their carers, to bring together expertise and provide tools and resources.
For information on depression, anxiety and related disorders, available treatments and where to get help, visit www.beyondblue.org.au, call beyondblue info line: 1300 22 4636 (local call cost from a landline), or email infoline@beyondblue.org.au
Thanks again

[…] The other officer ( SenCon Paul Anthony BRENNAN ) was from Mordialloc station, and is understood to have taken his own life after being involved in a minor traffic incident in the bayside suburbs on Wednesday night. […]