Batemans Bay
Located 279 km south of Sydney via the Princes Highway, Batemans Bay, at the mouth of the Clyde River, is both a tourist and retirement resort and a service and commercial centre for the local saw milling, wattlebark production, dairying, cattle-rearing, agriculture, fishing and oyster-farming industries.

Various sources have cited several Aboriginal groups in the general vicinity prior to white settlement, these being the Walbanga, Murrinjari and Bergalia tribes.

The bay was sighted by Captain Cook from the Endeavour on April 22, 1770. He named it after Nathaniel Bateman, his superior on the Northumberland which was engaged in a survey of the coasts of Nova Scotia and Newfoundland. Cook considered the bay too open to easterly winds to be of much practical use.

The first Europeans to explore the area were the survivors from the wreck of the Sydney Cove who reached the banks of a river, thought to have been the Clyde, on April 16, 1797. Nine of them became the first Europeans to die in the Batemans Bay area. The remainder crossed the river by a canoe they found nearby the next day. Only three survived the difficult journey to Sydney.

George Bass was prompted by the survivors’ reports to venture south and on December 14, 1797, he entered Batemans Bay. He observed signs of severe drought and reiterated Cook’s view that it was too exposed to function as a port. 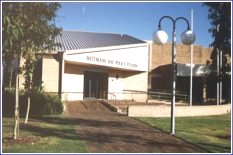 The bay was regularly visited during the 1820s and 1830s. Timber cutters and fishermen were known to be in the district at the time but there was little settlement, despite a land sale in 1841.

In 1853 James McCauley, a pioneer settler, piloted the first steamer up the Clyde River to Nelligen. The township was gazetted in 1854 and a major road from Nelligen to the goldfields at Braidwood was completed in 1856.

A township was laid out at Batemans Bay in April 1859. The postal service commenced operations that year though an official building was not erected until 1894.

Shipbuilding and oyster farming were established around 1860. Limeburners operated on the coastal estuaries for some years, burning live oysters for the oxide.

A timber mill was opened at Batemans Bay by Francis Guy in 1868. In fact the timber trade remained the backbone of local industry throughout the century with steamers carrying milled timber to Sydney twice a week or more. Being almost entirely dependent upon the Sydney building trade the locals were hit hard by downturns, with mills closing, opening, moving and burning down with some regularity. Schools were frequently located near the timber mills and dependent upon their fate. Children often had to walk miles in flourbag clothes to attend half-week schooling in small, bark-roofed slab huts. Apparently baked or stewed koala was not an uncommon dish during times of economic hardship.

A provisional school opened at Batemans Bay in 1869, with the population of the district recorded at around 60. It was declared a public school in 1872.

In 1871 a ferry service was established across the Clyde at the township of Batemans Bay. It drew some of the trade away from Nelligen, the major centre in the area at that time.

A police station was built in 1876, an Anglican church in the early 1880s (services previously being held in makeshift premises) and a two-storey courthouse and police residence in 1885 where the Clyde River Lodge now stands at 3 Clyde St. It burned down in 1903 and was replaced by another at the corner of Beach Rd and Orient St in 1905.

In 1892, the year gold was discovered at Batemans Bay, the population of the township was still only 200, with the same number at Mogo and some 500 at Nelligen. It is only in recent times that the numbers have swollen considerably, from 450 in 1934 to 8320 today. The town was connected to Nowra by a coach service in 1899. Electricity arrived in the late 1940s and a bridge was finally built across the Clyde to replace the ferry service in 1956.

In Batemans Bay there are 25 police conducting general duties, of that 25, five are women. General duties is as close to a job description as one can get, as the tasks performed on anyone shift are that varied. We are the ones that keep the police station opened 24 hours a day, 365 days a year.

On any given day a general duties officer may be called upon to respond to anything from, the simple recording of a crime report, to making initial enquiries into a suspicious death or suicide. General duties police are also involved in the investigation of some criminal matters, the arresting and charging of alleged offenders, and the preparation of briefs of evidence.

This is where a lot of police time is taken up.

The preparation of briefs or evidence and the recording of statements for court.

Once an alleged offender has been arrested and the person elects to have the matter heard and determined by a court, the arresting police, and those who have been involved in the investigation are required to attend court and give evidence. This is a rather mundane part of our working day. On the other hand general duties police are the first on the scene to any major or life threatening incident, these are the situations that can get your pulse rate up and usually anything from mundane. In these situations police will respond immediately and arrive, sometimes whilst an incident is still occurring. It is in these situations , that the general duties constable is required to assess and control a situation.

In these instances people always look to the police to take charge, especially in the case of major motor vehicle accidents and other emergencies. These situations are not always easy to control, with people often distraught, upset, injured, intoxicated, or even violent and aggressive towards police. This is where the general duties police officer’s skill in talking to, and managing people come to the fore. This is one of the qualities of a professional police officer and something that comes with experience when dealing with different people, under very different and sometimes quite trying circumstances.

Of course general duties police perform the function that most people associate with the uniformed police officer and that is to identify and arrest offenders in cases where there is a crime involved. In some cases where the situation is more involved, call for the assistance of other more specialised police.

These include detectives, fingerprint specialists, police from the crime scene unit, rescue, and dog squads.

General duties police also still perform the traditional policing functions of walking the beat, and patrolling the streets day and night, in a proactive role in an attempt to deter crime and anti social behaviour.

At Batemans Bay we are also fortunate to have a police launch, with a number of the general duties staff trained in its use. The launch is used for patrolling the waterways, detecting breaches of Fisheries, and Waterways legislation. It is also used in search and rescue operations, with general duties staff being especially trained for such incidents.