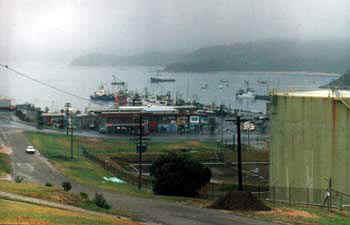 Eden has the third deepest natural harbour in the world. This is maybe the reason why Eden has large petroleum storage tanks situated on its shores, and why a large Chip Mill operates from Eden. 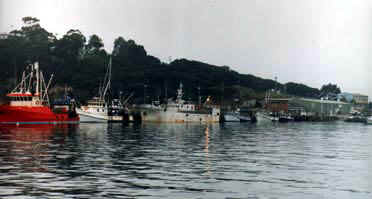 Part of the large fishing fleet that is based within Eden’s waters.

Eden has one of the largest commercial fishing fleets within the state. 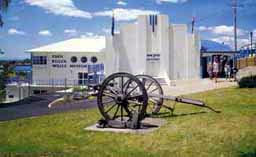 Eden was once a large whaling port. Although whaling finished here in the 1930’s, it continued in other parts of Australia until 1978.

Left is the Eden Killer Whale Museum, when the presence of whales are in Twofold Bay, a siren sounds from atop the museum that signifies sightings visible from vantage points around Eden.