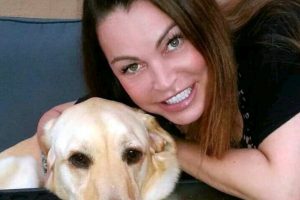 Post Traumatic Stress Education and Awareness – Picking Up The Peaces

Today we farewell our friend Sam Baglin-Limu aka “Baggers”.
There are still answers sought and comprehending how this all happened.

But today is not for that, today is to remember our friend, work mate, AFP agent in different roles, wife, daughter, sister, advocate, carer, support officer for others trauma, many, many roles she did.

Sam you will be missed, you will always be loved. We will continue through our work to give you a voice. You’ve left us too soon, our hearts broken, as yours must have been to for this to happen.

Sammy’s funeral is today at 2pm, in Melbourne.
An AFP remembrance service was also held at the AFP national headquarters in Canberra at the same time.

Rest now Sammy, your shift is over, your duty done.
❤

The Funeral Service to Celebrate the Life of Samantha Jane Baglin-Limu will be held at the Victoria Police Academy Chapel, 1 View Mount Road, Glen Waverley on TUESDAY (Dec 18, 2018) commencing at 2.00 p.m.

No flowers by request.

In lieu, donations to Beyond Blue would be appreciated.

Envelopes will be available at the Service or donate online to www.beyondblue.org.au

A FEDERAL agent who provided crucial support to family members of flight MH17 victims has died in an apparent workplace suicide at the Australian Federal Police national headquarters.

Sergeant Samantha Baglin, 44, was found dead in the vault room at the Edmund Barton building in Canberra on Sunday morning. It comes just six weeks after Superintendent Richard Roberts also took his own life in the same place and less than two years after another two AFP agents separately died by suicide at the Melbourne headquarters.

Friends of Sgt Baglin told news.com.au that the AFP “has blood on its hands” over its alleged failure to provide adequate support for members suffering from mental health issues.

An AFP spokesperson confirmed in a statement to news.com.au “that on Sunday, 9 December 2018, a member of the AFP appears to have taken her own life”.

“A brief is now being prepared for the ACT coroner,” the spokesperson said.

The AFP did not respond to further questions regarding the matter.

Those who knew Sgt Baglin described her as kind, with “a heart of gold”, and said she would make others “laugh to the point where we would suffer cramps”.

Former AFP agent and Australian of the Year finalist Katie Tonacia told news.com.au she was “shocked” and “devastated” over the loss of her close friend.

The pair met through Ms Tonacia’s organisation Picking up the Peaces, which provides support to uniformed service personnel struggling with Post Traumatic Stress Disorder (PTSD), almost a decade ago.

“None of us saw this coming,” Ms Tonacia said.

“But she was upset in terms of a few things occurring in the workplace, and the fact she did this at work is such a statement to all of us.”

According to Ms Tonacia, Sgt Baglin was “desperate to see change within the organisation and wanted to see mental health education implemented”.

“If she’d identified as mentally unwell to the AFP it would have gone against her in her career and she loved her career,” she said.

“The stigma and lack of education about mental health at the top level of management just below the commissioner is rife and that’s why she came to us in 2009.”

Ms Tonacia’s husband David is medically retired from the AFP. He told news.com.au that the organisation “has blood on its hands” over its alleged failure to provide adequate support for members suffering from mental health issues.

Sgt Baglin had an extensive policing career both in Australia and as part of the AFP’s International Deployment Group in which she served on overseas missions. She had also operated as a family liaison officer for the AFP and worked closely in Perth with the Maslin family, who lost their three children and their grandfather, in the flight MH17 disaster in 2014.

One close friend of Sgt Baglin’s, who spoke to news.com.au on the condition of anonymity, said she was “such a big-hearted and sensitive person” who “loved being a cop and loved helping people”.

“It was like a therapy for her to help other people in dealing with trauma,” he said. “She was especially good at it.”

Ms Tonacia told news.com.au that Sgt Baglin had recently expressed frustrations to her about the AFP having only two in-house qualified psychologists for the entire organisation of some 6000 members, as previously revealed by news.com.au.

“Wherever there’s smoke, there’s fire and by God it is blazing at that building right now,” Ms Tonacia said.

“The AFP has failed (Sgt Baglin) and so many others because they don’t trust the system.

“There needs to be a royal commission so we can get to the bottom of it and get all of those responsible out. We won’t let her death be in vain.”

Another AFP whistle-blower said it was “petty managerial and micro-managerial bulls**t breaking people devoted to their jobs” in the AFP.

“We can’t attribute all bad things to the AFP’s culture but one thing is for certain, had (Sgt Baglin) been a kindergarten teacher, or run her own business, we wouldn’t be talking about this,” he said.

“There is nothing worse than coming back to the office after a day of dealing with death or whatever, only to be counselled for not ticking the correct box in a case report, or something similar that is easily corrected and carries no operational consequence.”

One AFP source told news.com.au he was a friend and former colleague of Sgt Baglin’s and that “she didn’t deserve this”.

“They failed her,” he said.

The Australian Federal Police Association revealed Supt Roberts “appears to have taken his own life” on October 27.

An AFP spokesman also confirmed at the time that “a member of the AFP” had died, in a statement to news.com.au. The AFP did not respond to further questions.

News.com.au understands Commissioner Colvin “spoke to troops” to inform them of Supt Roberts’ death in an email and video to colleagues nationwide. It’s a process he is likely to repeat sometime today.

The latest AFP workplace suicide is the fourth incident in which an officer appeared to take their own life inside one of the organisation’s buildings since the start of last year.

In November 2017, AFP member Malcolm Scott, 59, walked into the foyer of the organisation’s Melbourne building and took his own life just before 9am on a Saturday.

Mr Colvin said at the time that it was “with great sadness I can confirm one of our police officers has died in Melbourne”.

“The male officer was found by colleagues in the AFP’s Melbourne Headquarters in La Trobe Street,” he said.

Mr Scott’s death followed that of colleague Sue Jones, 53, a mother-of-two who died in shockingly similar circumstances in the same building earlier that year. Mr Scott and Ms Jones had worked on the same team within the Melbourne branch, according to colleagues who spoke to news.com.au. Both deaths were later deemed to be non-suspicious.

An independent police advocacy spokesman, who asked not to be named, previously told news.com.au he was concerned officers might be trying to send a message by taking their lives in the workplace.

One AFP source, who spoke on the condition of anonymity, previously told news.com.au that the organisation “needs intense scrutiny that the agencies can’t cover up”.

“Morale is in the toilet. We know we have no support and no backing from most of the management.”

“If the Employee Assistance Program they always reference was adequate we wouldn’t have members falling like flies.”

RELATED: Inside the AFP

RELATED: Push for inquiry into the AFP

An AFP spokesperson previously said the organisation “acknowledges first responders are at higher risk of trauma-caused mental injury than almost any other profession”.

But AFP members outside of Canberra do not have face-to-face access to qualified psychologists through the organisation. They are instead given a number for an employee assistance program with over-the-phone support from any one of 658 outsourced psychologists and 132 registered social workers through Davidson Trahaire.

A Confidant Network made up of volunteers and AFP members is also in place to “provide guidance to staff on options for professional support if needed”. According to the AFP, it also employs seven chaplains across the country.

“There is also one part-time family support officer based in Canberra, who is available for families of members deployed with International Operations and ad hoc government response to large-scale disasters such as the downing of MH17,” an AFP statement read.

But many AFP agents have criticised the services, labelling them ineffective and impersonal. They say they need face-to-face access to qualified psychologists so they don’t have to “retell (their) stories to a different person every time (they) call”.

“We need someone to talk to in person who is qualified in psychology and who understands the nature of issues AFP agents deal with … it’s not that complicated,” a sworn member said.

In March this year, the high rate of suicide deaths and mental health conditions experienced by first responders – including emergency service workers and volunteers – prompted a federal Parliament committee to launch an inquiry into the role of the Commonwealth and the states to address the issues.

The inquiry is expected to release its report on the matter in February 2019.

It came after almost 100 past and present AFP agents contacted news.com.au to report widespread mental health issues among first responders within the organisation, mismanagement of the issue and a disturbing internal bullying culture.

News.com.au exposed the issues in an investigative series, which prompted the Australian National Audit Office (ANAO) to audit the AFP’s management of mental health within the organisation.

The report, released on March 7 this year, found that the “AFP lacks a comprehensive and consolidated organisational health and wellbeing framework to enable effective management and support of employee mental health”.

“While the AFP offers a variety of mental health support services, there is no evidence that these services are effective and they are not supported by sound governance, risk management, evaluation or an articulated business rationale,” the report read.

“The AFP does not currently have in place mechanisms or sufficient data to appropriately align resources with key mental health risks.”

The ANAO made six recommendations, which the AFP agreed to implement as part of its “new Health and Wellbeing Strategy for the organisation” by mid-May this year.

The AFP also engaged the Phoenix Australia Centre to conduct an independent mental health review into the organisation. It released its report earlier this year and made 37 recommendations to be implemented over five years.

But for some, it’s already proven too little, too late.

For more information on how to support others who might need help and what warning signs to look for, visit: Conversations Matter