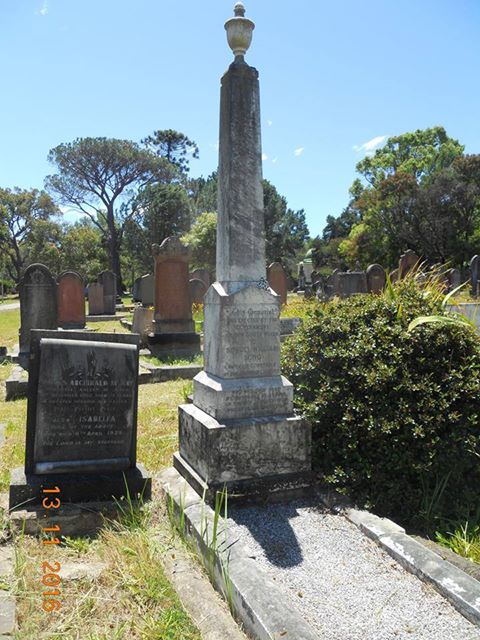 In the early hours of 19 January, 1903, Theodore Trautwein, the licensee of the Royal Hotel at Auburn was awakened by a loud noise. The sound had appeared to come from the bar area of the hotel, and taking a revolver with him, Trautwein went to investigate. In the bar he saw and heard a person lying on the floor, apparently in great pain. As other residents of the hotel appeared, a candle was lit and it was found that the injured person was a local constable, Samuel Long. A doctor was called and it was found that the constable had suffered a severe gunshot wound to his head. He died a short time later, unable to identify his attacker. A lengthy investigation eventually revealed that the constable had been shot while trying to apprehend two offenders, Digby Grand and Henry Jones, whom he had caught after they had broken into the hotel. After the shooting the offenders had escaped by horse and sulky, however they were both later arrested, charged and convicted of the murder of Constable Long.

The North Western Advocate of 8 July, 1903 announced the execution of the murderers.

Sydney, Tuesday ” The State Cabinet having considered the petition for the respite of Digby Grand and Jones, convicted for murdering Constable Long at Auburn, declined to interfere and the men were hanged this morning at 9 o’clock. ”

The constable was born in 1865 and joined the New South Wales Police Force on 6 July, 1894. At the time of his death he was stationed at Auburn.

At the Central Police Court on Monday, before Mr. E. H. Wilshire, S.M., the hearing of the case in which Digby Grand, 32, alias Newbold, alias Stephens, alias Ward, bootmaker, a native of Victoria ; John Thomas Woolford, 27 butcher ; and Albert Yeomans, 24, horse trainer, were charged with having, in company, feloniously and maliciously murdered Constable Samuel William Long, at Auburn, on January 19 last year, was resumed.

Mr. Cargill said that there was no further evidence to call against Woolford, and he was discharged.

Joseph Daniel Gallagher and William Gallagher were cross examined by Mr. Abigail and Mr. Niland as their personal habits and connection with the police.

Francis Henry Furnval, qualified medical practitioner, residing at Auburn gave evidence as to having examined the dead body of Constable Long about 2.30 on the morning of the murder.

Henry Jones, for whom the Government offered 200 pound reward, was arrested in a terrace house at Ada street, Ultimo, on Tuesday afternoon.

They entered simultaneously, revolvers drawn, and found the man they wanted seated playing cards with other men and women.  He differed from the photo we published last week in that he had grown a pointed reddish beard, and with the protection of this disguise was in the habit of going out by night.  He admitted his identity on the police entering, revolvers drawn, and attempted no resistance.  The inmates of the house said he had been only living with them a week.

He was taken to the Central Police Court and placed in the dock with Grand and Yeomans at 3.30pm.  Their trial had been proceeding for an hour before Mr. Wilshire, and Woolford was in the witness box giving evidence, which followed the lines of his confession given by us last week, and which was to the effect that he saw Grand and Jones enter the hotel bar after vainly endeavouring to get him to actively participate, saw Constable Long come along and go through the open door to investigate, heard a shot, and saw Grand and Jones rush out and run away.  Jones, described as alias John Maguire, alias Baker, 36, clerk, was charged and remanded for eight days.  Grand and he exchanging a few quiet words as he left the dock, and the hearing of the evidence was then resumed.