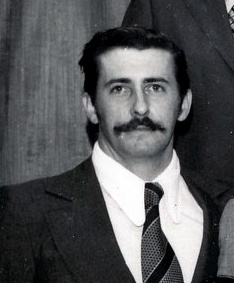 Steve Passmore
28/09/44 – 07/06/07
Gates of memories will never close, how much I miss you Steve no one knows. days pass away into years, but I think about those memories with silent tears.

[divider_dotted]
Stephen Passmore 28/09/44 – 07/06/06
Steve I never go to say goodbye when angels came and took you away. I just wanted to hold your hand so tight kiss you gently and say goodnight. And then just before you had to go I would tell you how much I love you so. I don’t know how I don’t know why. Steve I never got to say goodbye.
Love Chris, Jono Callie, Dave, Callum, Chloe and Curtis

Published by Illawarra Mercury on June 7, 2016 – See more at: http://tributes.illawarramercury.com.au/obituaries/illawarramercury-au/obituary.aspx?page=lifestory&pid=180226868#sthash.RgMPQKLo.dpuf