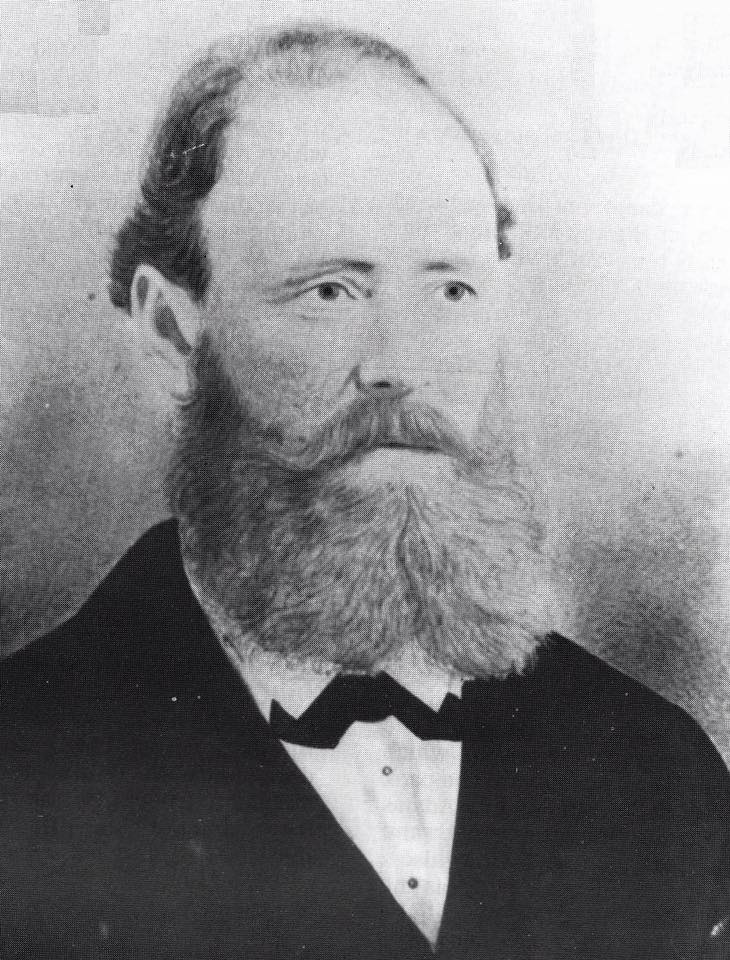 Thomas IS mentioned on the Police Wall of Remembrance

On the night of Thursday 19 September, 1878 Sergeant Wallings, Senior Constable William Souter and Constable John Walsh were searching for a gang of bushrangers ( Captain Midnight & his gang ) when they set up a bush camp near the Wonbobbie Inn, Marthaguy Creek (near Warren).

The following day ( Friday 20 September ) at 6am the three police rode to the inn where they suspected they might find the bushrangers. Constables Souter and Walsh remained on guard outside while Sergeant Wallings approached the inn. Meanwhile, Constable Souter saw a man about 50 metres away carrying a rifle. He rode over to him and was told he would be shot if he came any closer. Souter called to the other police who rode down to him.

Sergeant Wallings then fired a warning shot and told the man to surrender, however the man replied that he himself would fire if the police came any closer. Sergeant Wallings then advanced on the man and pointed his revolver at him. The man then turned suddenly and dropped to one knee. As he did so, he fired at the sergeant, hitting him in the chest. In the confusion the offender ran a short distance away and took cover from the police. A short gun battle took place, however, the offender, being far better armed with a rifle, compared to the police revolvers, managed to escape. The two constables then directed their attention to assisting the wounded sergeant. The wound suffered by Sergeant Wallings ( shot through the heart and lung ) proved to be severe, and he unfortunately passed away almost immediately.

A few weeks later, the Sydney Morning Herald dated 10 October, 1878 reported the death of the murderer, informing its readers that “News has just reached the metropolis that the man who shot Senior Sergeant Wallings at Dubbo has been killed by the police, shortly after he committed the murder. The cold-blooded villain shot Wallings in the execution of his duty. He was pursued by Sub-Inspector Duffy and Constables Latton and Gray of Bourke, in the most unrelenting manner, and traced to the borders of Queensland, where he made a desperate resistance. The police shot at the horse he was riding and fatally wounded the murderer, whose name is said to be George Gibson. This man’s death is one which has not in any way been regretted by the general community. It was such a death as luckily there is not much necessity for now-a-days. The police deserve the congratulations of the public here for their bravery in this instance, which however, is only of a piece with much the New South Wales police have accomplished in the suppression of crimes of this nature. A movement has been initiated for relieving the widow and eight children of Wallings.

The sergeant was born in 1838 and joined the police force on 15 July, 1855. In 1862 he became a member of the newly-formed New South Wales Police Force. At the time of his death he was stationed at Dubbo. The offender was the bushranger “Midnight“.

Fantastic site, presentation, scope, etc., etc.
Thank you to all involved…sorry not to have found you before now.
I’ve just explored :

He was born at Dubbo in 1838. He married Mary Ann Kelly in 1857 at Tamworth. He was promoted from Mounted Constable to Senior Constable on 1 March 1862. He was working and residing at Molong by January 1865 when he was also appointed Inspector of Weights and Measures. Appointed Sergeant 2nd Class 1 June 1868 then 1st Class 1 November 1877. He and his wife resided at the corner of Riddell and Edward Streets before they relocated to Mudgee in September 1869 when he became a Sergeant in charge of the Mudgee to Bathurst gold escort. He was fatally… Read more »

[…] the Warren district, on September 20, 1878 Senior-sergeant Thomas Wallings was shot by Thomas Law, alias “Midnight,” who was himself pursued and shot by […]