Another ‘mentioned’ Brother is Roger.  It is not known if Roger was in the Police. 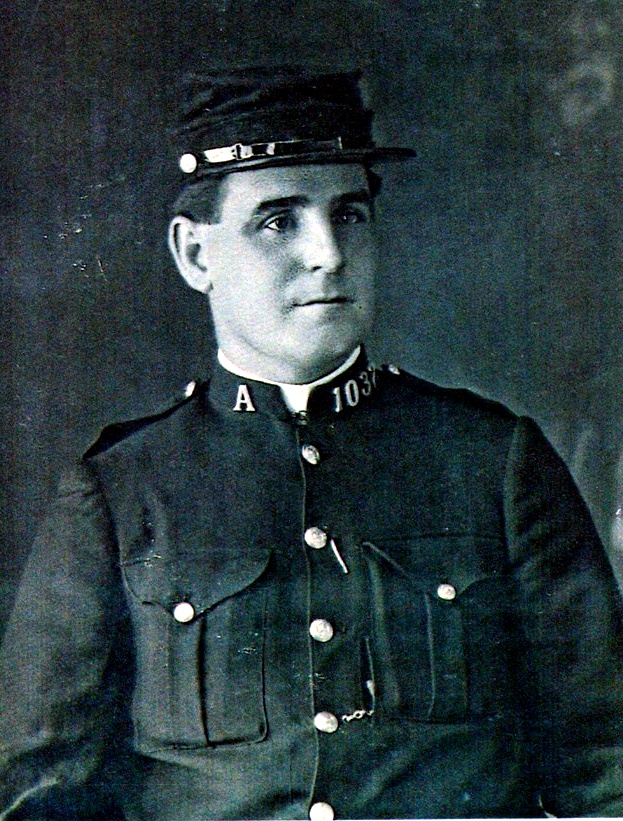 When Thomas Wood Leonard was born on June 17, 1886, at Wingidgeon Station, Coonamble, in New South Wales, his father, Edward, was thirty six and his mother, Elizabeth, was thirty two.
He married Violet Rabey on December 1, 1908, in Windsor, New South Wales.
He then had three children by the time he was twenty seven.
Thomas Wood Leonard was made a Probationary constable on February 7, 1910, Badge Number 9062.
The family initially lived between 1931 – 1937 at 140 Balmain Rd Leichhardt East but by 1949 he was a Sergeant living at 200 Belmore Road Blakehurst with his wife and children.
He was a Sergeant Third Class upon his retirement on the 16 June 1946, the day before his sixtieth birthday and was awarded the Imperial Service Medal on the 25 March 1947.
He had been based over the years at Petersham (11 Division), Central (1 Division), Regent Street (2 Division), Balmain and Narrandera to name a few stations. Ex-Sergeant Leonard died on April 10, 1957, in Sydney, New South Wales, at the age of seventy from heart failure.
https://www.rockdale.nsw.gov.au/library/pages/pdf/RonRathbone2016/pentland_karen.pdf
[divider_dotted]
Please follow and like us: