Stations: ?, Instructor at NSW Police Academy – Redfern in the 1970’s. 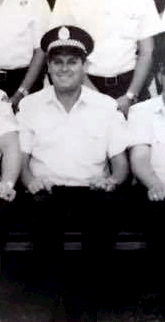 Very little is known about this man, at this time – other than he was a Cadet Instructor at the Redfern Police Academy in the 1970’s and was known as Heavy Kevin or Heavy Kevvy.  He was a very funny man and willing to give the Cadets time and advise over the years.
Cal
18 July 2017