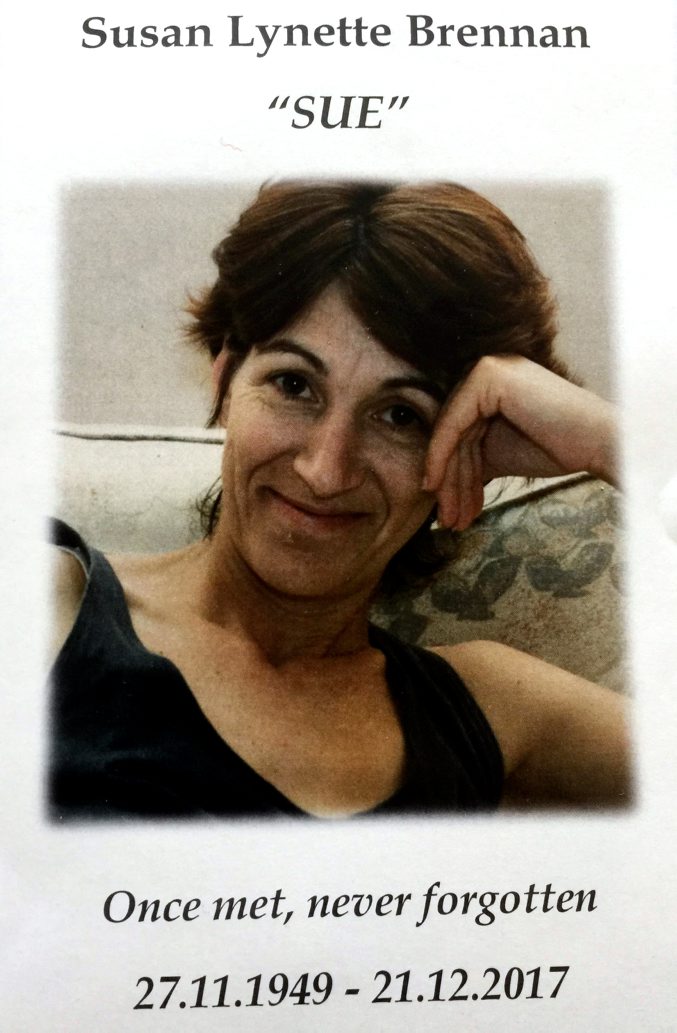 It has been reported that Sue, whilst in the Goulburn shopping centre, NSW, on Thursday  21 December 2017, collapsed and passed away.
Further details will be entered as information comes to hand.
Condolences to Sue’s friends and family at this sad time.
Sue was a keen Bonsai artist.
Cal
TWO Tributes from the Sydney City Bonsai Club to Sue Brennan.
Attached with permission.
Sue Brennan – from Bryan
Tribute to Sue Brennan
Waverley Bonsai Group Newsletter_2016-05-01
Please follow and like us: