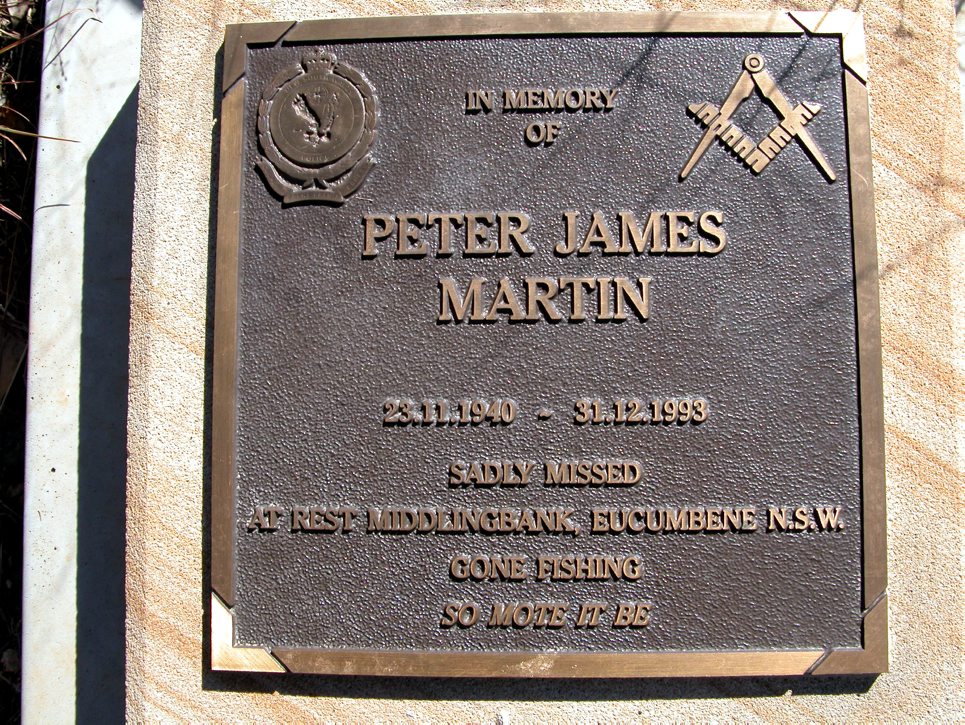 In the yard of a small Churst at a place called ( Goulburn Police Patrol ) ‘BIG HILL’ WE STOPPED AT A CHURCH AND TOOK A FEW GRAVE PHOTOS IN THE Cemetery BEFORE HEADING OVER TO TARALGA AND THEN BACK TO GOULBURN.

THIS PLAQUE HAS THE NSW POLICE CREST BADGE ON THE UPPER LEFT CORNER. I DON’T KNOW THE STORY BEHIND IT AT THIS STAGE.

We were driving around aimlessly one day (090406) in the depth of Goulburns Patrol and we came upon this small Church at a place called ‘Big Hill’.  Nothing there except for this Church and a few headstones. One of the headstones had the NSW Police Crest on it – together with another Crest – which is the Free Masons Crest. Even though it is relatively a new grave – the fact that it has the NSW Police Crest was interesting.  I have no idea who he was, where he was Stationed etc or what the reference to Eucumbene is. I assumed that he has a Head Stone at ‘Big Hill’ (Goulburn / Taralga) but is buried at Eucumbene. But Peter James Martin was only 53 when he died and died on New Years Eve.  I did a “Google” search on him but didn’t find any information on him.