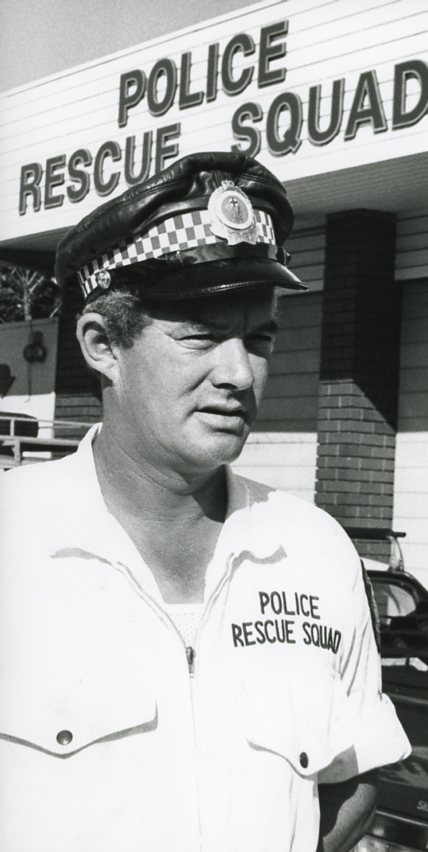 Senior Constable Doherty is marketing the services of the Bathurst PCYC to the wider community. He believes, and I do not disagree with him, that it should be the top youth service in a country town. He has plans to open a youth drop-in centre next year where local kids can hang out in a safe and drug-free environment. This is critically important to keep kids away from an element that might lead them into trouble. It is this interaction by committed police officers such as Senior Constable Doherty through police and community youth clubs that are having an important impact on young lives in Bathurst. It underpins what a great and valuable assets PCYCs are to our communities and how they are benefiting from the restructure by the Minister. I am sure all members in this House join in congratulating Senior Constable Doherty on his prestigious award.

BARRY Doherty has found the ultimate way to remember his late dad each year – with a round of their favourite game, golf.

And while he’s swinging his sticks through the 18-hole course at Illawarra Country Golf Club, he’s also raising money to find a cure for the disease that killed his father -cancer.

Mr Doherty has participated in the annual Doherty and Doherti Memorial Golf Day since it started five years ago in memory of Ted Doherty and Joe Doherty, both police officers who died from cancer.

Ted Doherty was just 58 years old and barely into his retirement when he died from lung cancer in 1999.

Barry Doherty, from Mt Ousley, said the memorial golf day was a fitting way to remember his dad, who was a keen golfer before he died.

Ted Doherty had been a member of a group of police officers who played golf on the first Monday of each month, which they dubbed Destress Golf Day.

“It’s good memories because I used to play with dad in the Destress Day,” said Mr Doherty, who is also a police officer.

“It’s good that we can go as a memorial for dad and Joe, but it’s also sad too because it brings back memories.”

Ted Doherty’s grandsons Craig, 18, and Brad, 15, also get involved in the memorial day as caddies.

The event has so far raised more than $30,000 towards cancer research and Mr Doherty expected this year to be the biggest yet. Tee-off is at 7am on Monday following a barbecue breakfast.

IT takes a certain kind of strength to cope with the unique demands of being in the Illawarra’s police rescue unit.Often first on the scene at devastating accidents and horrific tragedies, no-one could argue that the men and women of rescue have one of the toughest jobs in the force.

Yesterday around 40 past and present Illawarra police rescue officers gathered at Wollongong’s Flagstaff Hill for a rare reunion to compare notes and take a walk down memory lane.

A member of the original 10-man Illawarra squad formed in the early ’70s, retired Sergeant John Byers was thrilled to catch up with former colleagues.

“It’s a job where you form very close associations with your mates because you’re in some interesting situations. A lot of times it’s dangerous but there’s also a lot of times where you see things which are unpalatable,” he said.

“It’s something you need to put your heart and soul into really.”

“It’s a passion, none of these people would be here if they didn’t have that passion,” he said.

The absence of rescue squad founding boss Chief Inspector Ted Doherty weighed heavily on his former colleagues, who spoke fondly of a man passionate about saving the lives of others.

Chief Insp Doherty lost a two-year battle with cancer in 1999, at the age of 58.

The group ended the reunion with a barbecue and a tour of the new police Lake Illawarra command headquarters at Oak Flats.

[…] Byers BM. I first met JB when I was a teenager and he was in the Rescue Squad with my old man ( Edward ‘Ted’ Doherty ). I later worked with him at 24 Division when I graduated from the Academy. JB was a hard as […]