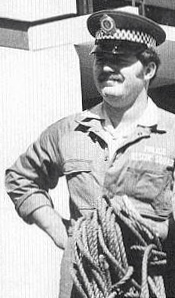 Cause:  Liver Cancer – died within 3 months of diagnosis

RON IS mentioned on the Police Wall of Remembrance

Rons’ cancer was deemed a HOD from a rescue response incident in Blacktown to a chemical spill.

Trevor Watkins was also a Rescue Operator who attended the same incident and died some time before Ron of the same cancer.  Doctors linked the 2 Police to the same chemical spill event.

Trevor, however, is NOT mentioned on the Police Wall of Remembrance.

[…] to a chemical spill. Trevor Watkins was a Police Rescue Operator who attended the same incident as Ronald Walter McGOWN.   Ron died on the 10 June 1998 within 3 months of being diagnosed with Liver […]