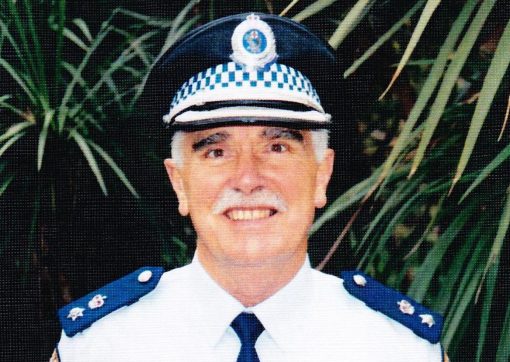 loved father of Kristie and Lara,

proud father in law of Warwick and Graeme, and

Published in The Sydney Morning Herald on June 27, 2015

This is a transcript from The World Today. The program is broadcast around Australia at 12:10pm on ABC Local Radio.

COMPERE: Already, the organisers in Sydney are studying today’s events at the World Trade Organisation protests in Seattle. The organisers concede it would be possible for demonstrators to disrupt access to Olympic venues next year. However Superintendent Terry Lester from Olympic security command says alternative routes have already been planned. And Superintendent Lester has been telling Raphael Epstein police are already consulting with political and activist groups liaising so there’s advance notice of demonstrations.

TERRY LESTER: Well, during Games time we obviously plan for these sort of incidents happening – not only demonstrations, but also car crashes and other incidents that may block the Olympic lanes or the CBD or other areas where a lot of people are trying to get to and from Olympic venues. Now, the way we do this is we’ve got the Olympic routes already planned out. As secondary to those, we’ve got another lot of Olympic routes where, if the first one becomes blocked, we use the alternate. We’re also trying to get people to speak to us before they demonstrate so that they can get their message across. It’s important for them to get their message across to the media, to the rest of the world, if you like, and it’s important that they do have their say.

RAPHAEL EPSTEIN: But Sydney’s already a, should we say, difficult city, traffic-wise and transport-wise. It would potentially be quite easy for them to block off the major roads leading to Olympic sites, wouldn’t it, with a couple of thousand demonstrators.

TERRY LESTER: Oh yes. And we recognise what’s happening in Seattle at the moment as to these limited number of demonstrators and effectively slowing up a major event. But working with ORTA and the RTA and the local councils, we’re trying to say to these people ‘you’ve got the right to demonstrate, we recognise that, but we’ve also got to keep the Games going at the same time’. So we’re trying to provide an alternative system, if you like, so that if one – one system does become blocked up, the alternative is there and it’s readily available to us.

RAPHAEL EPSTEIN: So if a group of demonstrators then is uncooperative, you’re going to have to rely on those back-up routes to get people into venues.

RAPHAEL EPSTEIN: How far advanced are preparations for those alternative routes?

TERRY LESTER: Oh, very much advanced. We’ve already, with ORTA, released to the public the Olympic routes where people are going – major routes which are travelling to and from the various venues around the city. There’s 11 of those. And we’ve already got secondary routes already planned out and identified – which ones – the ones that we are going to use.

RAPHAEL EPSTEIN: Would you need special powers at all to, I guess, disperse demonstrators if they are causing a real problem, if they do manage to block off all of the routes into a venue?

TERRY LESTER: No. We can use the current legislation that we already have for people causing an unreasonable obstruction – things like that, you know. And how we clear up demonstrations now is the way which we’ll do it during the Games.

RAPHAEL EPSTEIN: What do you think of the fact that tear-gas was used in Seattle this morning on the demonstrators?

TERRY LESTER: Oh, I’d rather not comment on that. I wasn’t even aware of that problem in the first place, you know. And how people police in Seattle may be totally different to the way we police here.

RAPHAEL EPSTEIN: Do you know if tear-gas has ever been used on demonstrators in Australia?

TERRY LESTER: No, I’m not aware of that. Obviously we’ve got the capsicum sprays which come out. But that’s in a reasonable life-threatening situation where enabled to use that.

You know, Australian society – the Olympic Games, you know, are melding well together. And what we’re trying to do here – it’s a friendly, open sort of a Games. But I don’t think we’re going to have serious-type demonstrations like they’re having in Seattle or with the MUA.

COMPERE: Superintendent Terry Lester is with the Olympic Security Command. He was speaking with Raphael Epstein.