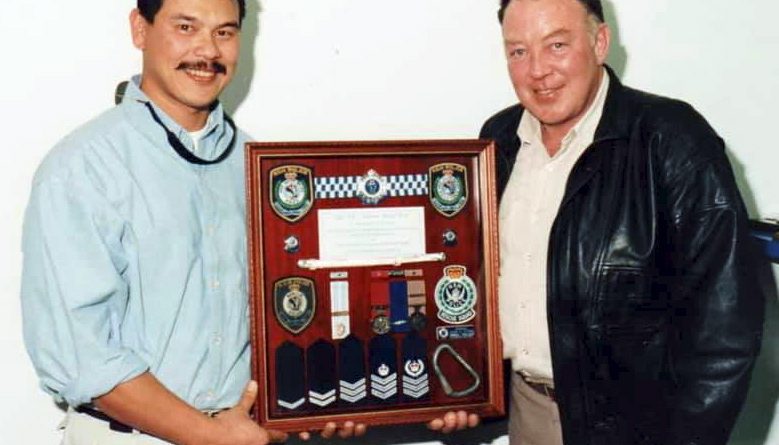 Sergeant John A. BYERS was Awarded a Bronze Medal for actions involving a vehicle fire at Corrimal on the 22 July 1995 ( Royal Humane Society of NSW )

Cause:  “Possibly” a Heart Attack whilst sleeping.

Had previously been treated for Cancer of the Bowel and had both knees replaced in 2015 together with a hip operation. 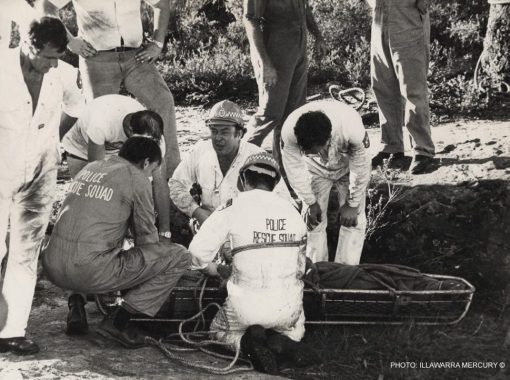 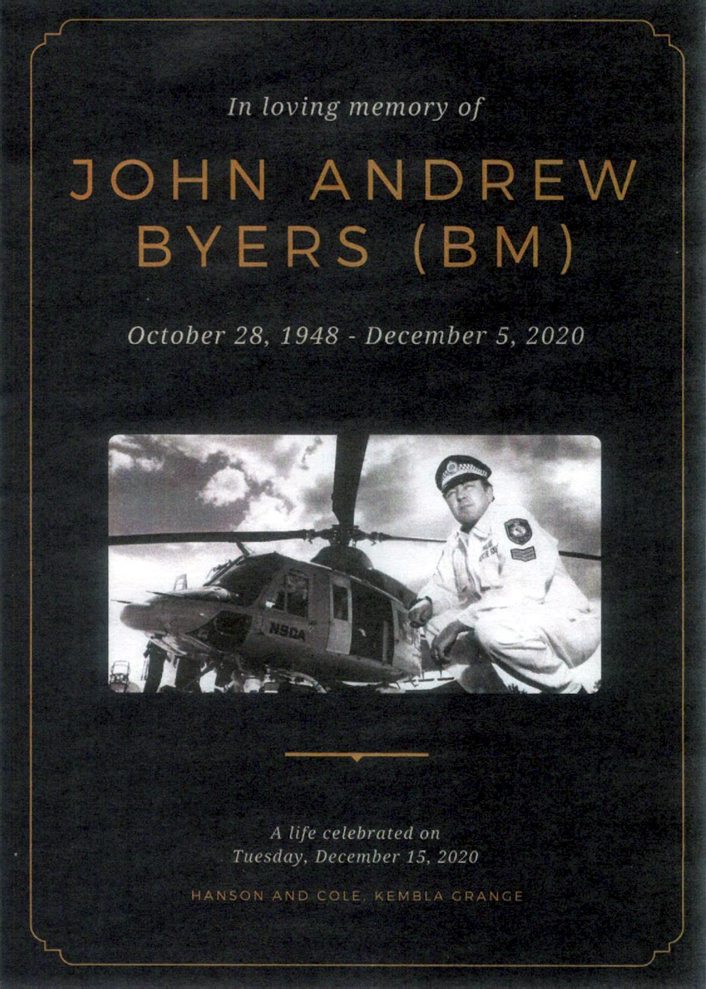 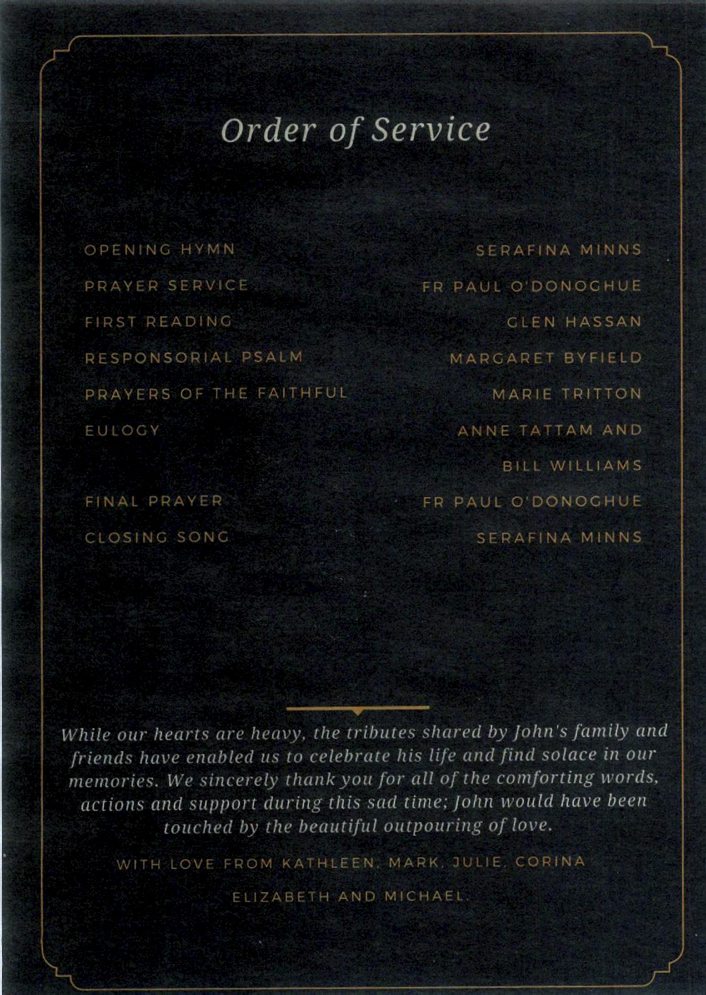 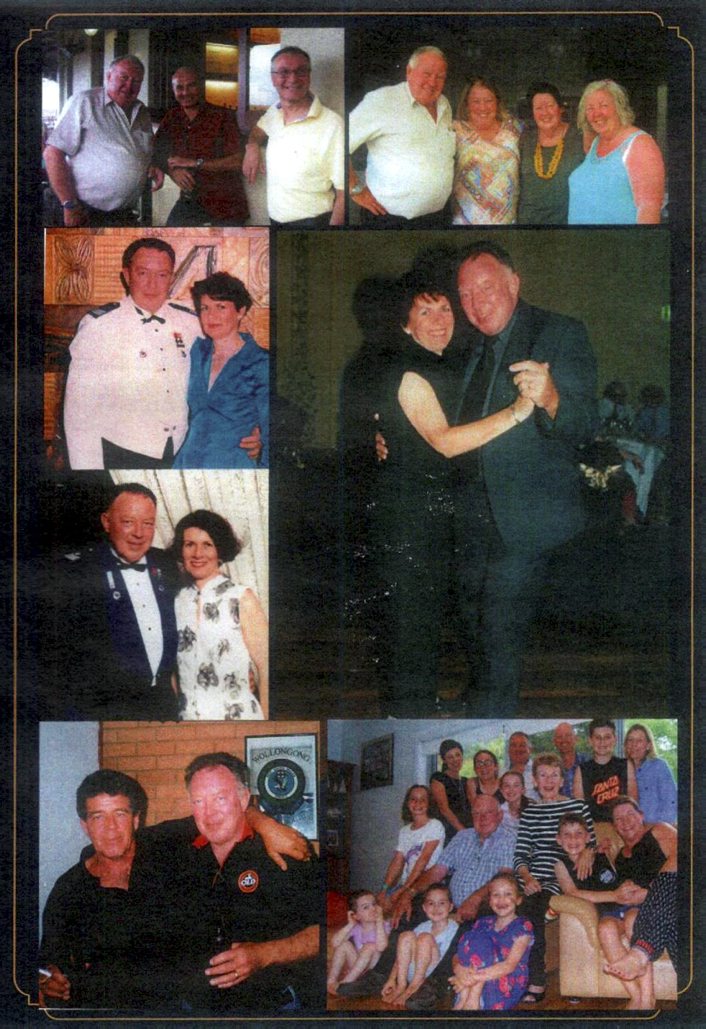 Barry Doherty
This morning I found out of the passing of a great mate and mentor, retired Senior Sergeant John ‘JB’ Byers BM.
I first met JB when I was a teenager and he was in the Rescue Squad with my old man ( Edward ‘Ted’ Doherty ).
I later worked with him at 24 Division when I graduated from the Academy.
JB was a hard as nails ‘old school’ cop, a true legend. I could not count the hours I have stood with him a crime scenes in the middle of the night. It was a running joke, if we got called out to any crime scene during the night we would always call JB for lighting regardless of if we needed it or not. We had some fun times over the years and drank many beers together. I’ll have one for you today mate.
All of the Doherty family’s thoughts and prayers are with JB’s beautiful wife Cath, his children Mark, Elizabeth and Karina and all of his grandchildren.
RIP mate.

John had both knees replaced in early 2015 and also had a hip replacement after that, together with a bout of Cancer of the Bowel.

Once he Retired from NSWPF, he moved to Narooma where he drove a taxi for many years.

John – may you forever Rest In Peace mate.

John is mentioned, in passing, in the book by Jason Byrnes – called:

That entry, in the book, can be found HERE.

@PeterWallaceAU
An old copper I worked with has died; John Byers.
I went to a fatal with him once. He dived into the Hacking river at night and pulled two bodies out of a submerged car.
That took some guts.
He had multiple bravery awards.
No condolences please. Just know this hero lived.

SYDNEY: The rescue of a 61-year-old bushwalker who had fractured her ankle while walking in the Morton National Park had turned into a large-scale operation which was hampered by bad weather and flooding.

Several attempts to reach the injured woman by air had failed due to cloud and heavy rain.

Swollen creeks had prevented an attempt to carry her out before she was airlifted to Nerriga with two of her rescuers at 2pm yesterday afternoon.

She was later taken to Shoalhaven Hospital.

Ulladulla police said yesterday that a further 30 rescuers had been sent to reach the rescue party with equipment to set up flying-foxes across the rivers and creeks.

The drama began on Tuesday, when the woman fell while walking with three companions on Mt Haughton in the Budawang Ranges.

A police spokesman said a South Coast Wilderness Society member had contacted Nowra police late that afternoon after he came across the party, and six rescuers walked in to meet them.

On Tuesday, Ulladulla police said the National Parks and Wildlife Service helicopter was unable to land in the area due to low cloud.

As a result, a further 13 rescuers joined the bushwalkers and the entire party attempted to walk out of the park late Wednesday.

Ulladulla police said the ground party managed to get about 1km because of swollen rivers and creeks.

They camped overnight and the 30 new rescuers tried to reach the party. The extra rescuers were to relieve some of the earlier crew and try to set up flying-foxes across the rivers.

A naval helicopter from Nowra airlifted 18 of the rescuers stranded by rising flood waters to Nerriga yesterday afternoon.

According to the rescue co-ordinator, Sergeant John Byers, the remaining rescuers would try to make their way out on foot.

“I hope to have them out tonight,” he said.

On 30 March 1986 a number of police were called to apprehend a mentally disturbed man ( Horan ) who was driving a utility around Bathurst in a dangerous manner.

At the Perthville bridge there was a collision between a police truck and the utility and they became wedged on the approach.

The offender ( Horan ) got out holding a .303 rifle covered with material in his hands.

Senior Constable Byers crawled through the window and grappled with the offender.

He then fell to the ground and the offender broke free and fired at him.

The offender began to fire at the police, at which time Constable 1st Class Paul Mitchell Quinn was shot in the neck and killed instantly and Constable Ian Borland was seriously wounded.

Seeing him go to the back of his utility, Constable Byers fired back and got to his feet as the offender ran down the embankment and turned and fired again.

Constable Byers emptied his revolver, threw himself on the ground between the truck and the utility and reloaded.

The offender threw his rifle aside and Constable Byers went to assist three other policemen as they arrested him.

John Byers was not stationed in the area – but was rostered there for the Easter Mt Panorama Motor Cycle races and assisted other Police when this incident was happening.

The Governor of NSW, Sir Roden Cutler, announced today that the Queen had approved the award.

On February 28, this year, Constable Byers and Senior Constable E. J. ( Ted ) Beaver ( # 10097 ) went to Gladstone Avenue, Wollongong, to investigate a disturbance and the firing of rifle shots.

They saw a man seated in front of a house with a .22 calibre rifle which he pointed in their direction.

Before the weapon could be cocked, Constable Byers ran up to the man and wrested the rifle from his possession.

Firstly, sincerest condolences and best wishes to family and friends of John. it goes with-out saying that John Byers was not just a great bloke he was a good and decent man, down to earth and straight talking, there was no duplicity or pretence with JB. I worked along-side him at many an incident including persons trapped accidents, where things could and indeed would get tricky at times. Through-out all those testing times he never lost his cool and his conduct was always exemplary, an excellent role model for his peers. Even when he retired from the Police he remained… Read more »

I worked with John on the rescue squad and had the utmost admiration for his professionalism. As a hostage negotiator, I was once called to a situation where a young aboriginal man had broken into his next door neighbours property at Woonona and assaulted them before taking their car keys and stealing their car. He then drove to the Panorama Hotel, Bulli Tops cliff top where he was going to drive off the cliff top and take his life. I arrived at the scene and after discussing the situation with John, got into the car and negotiated with him for… Read more »

R I P John Byres. One of the best Cops I even had the pleasure of working with. From Harry the Hat .

John Andrew BYERS, the first person I worked with when I joined the NSW Police Force. I learnt more from this man than you could imagine. A no nonsense man who never took a backward step.Some of the situations we got into I will never forget. My sincere condolences to your family.RIPMate.

John Byers was a good man, a tough cop and a brave one. When you observed him ‘work’ the street, you learned from him and respected him. He had a manner about him, that was easy to like. John made a positive difference to the lives of many as a NSW Police Officer. Sincere condolences to John’s family . RIP JB

My thoughts are with the whole family. We only crossed paths a few times but it was always a pleasure and good laugh. Mark deepest sympathies to you and your entire family.

I worked with John on his very first day in the job at North Sydney (No 6 Div).  An ever-so-quiet, polite, fresh-faced 19 year old.  Ten years later he was one of the first I met up with when transferred to Wollongong.  One could say he had changed – just a tad!  Old school cop who didn’t tolerate any nonsense – and never took a step back.  He sorted them out!  Crammed a hell of a lot into his 72 years and I daresay the Police at Narooma would not have been called upon to investigate complaints of ‘Evade Taxi Fare’ from John.  (Casualty Ward may have!)  Just… Read more »

John one of the good guys and a professional in his field. Sorry to see he has passed on but should be remembered as a good guy. Rip mate.