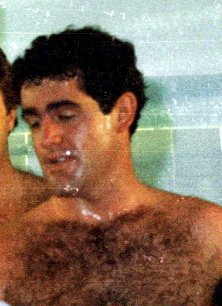 Pat was born and bred in Wauchope, NSW, and joined the New South Wales Police Force via the Police Cadet system, aged 16, and commenced at the Redfern Police Academy on the 3 February 1975 and was assigned Cadet # 3097.

After the Police Academy, Pat was stationed at various locations including Sutherland.  He was later transferred to Wollongong General Duties and also performed duties at Unanderra as part of the District Foot Patrol.

Pat was a funny bastard and always up for a practical joke.  He was also a great footballer, playing in the NSW Police Football competition and playing for Wollongong District.

He served his final years back at Wollongong in the Prisoner Security Unit ( PSU ) until his resignation in 1990.

Two funeral Services were held for Pat.  One in his old home town of Waucope, NSW, where he was laid to rest and the second was held on the Gold Coast where Pat resided.