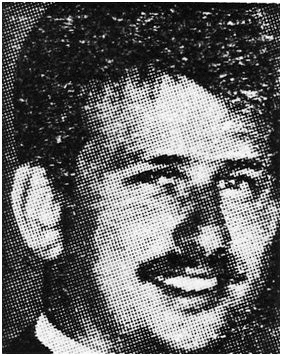 About 11.25pm on 13 June, 1989 police in Byron Bay commenced a high speed pursuit of a panel van. The pursued vehicle drove south in the Coast Road, followed by the Byron Bay Police vehicle, and into Ballina. As both vehicles continued south through Ballina, a local Highway Patrol vehicle driven by Constable 1st Class Beaver, with Senior Constable Rampling and Constable 1st Class Figtree as passengers, joined the pursuit. More police vehicles arrived to assist as the pursuit continued through the township of Wardell. About five kilometres south of Wardell the Ballina Highway Patrol vehicle began to draw level with the offending vehicle. As it did so, the driver of the pursued vehicle drove across to the centre of the roadway and clipped the front of the Byron Bay Police car. As a result, the police vehicle veered across the road and skidded in loose gravel before colliding with a power pole.

All three police were trapped for some time in the badly damaged police car and when freed were conveyed by ambulance to the Lismore Base Hospital. Constable Beaver recovered from internal injuries received, however Constable Figtree died before he reached hospital and Senior Constable Rampling died a short time later.

Senior Constable Rampling was born in 1959 and joined the New South Wales Police Force on 15 January, 1979. At the time of his death he was attached to the Ballina Detectives.

Constable Figtree was born in 1964 and joined the New South Wales Police Force on 28 November, 1983. At the time of his death he was attached to the Ballina Highway Patrol.

Gezza J Kt Believe it or not, I was working the radio comms for this at Lismore station that night. Called the whole thing & did all the post crash co-ord. A horrible night shift with Sgt GJ Menzies, S/C Mark Burridge, Const’s Jordan, Gahan & Me.

Attended this morning quite a moving 30 year memorial service for Glenn Rampling and Peter Figtree killed in a car chase near Ballina. May they rest in peace.