CARTS IS mentioned on the Police Wall of Remembrance

About 8.40pm on 24 August, 1988 Constable Carter and Constable Eric Renes were riding police motor cycles in Five Islands Road, Cringila in pursuit of a motor vehicle. As the cycles travelled around a sweeping right hand bend Constable Carter‘s cycle became unstable and despite his best efforts left the roadway. The cycle collided with a light pole and the constable was killed instantly.

The constable was born in 1958 and joined the New South Wales Police Force on 2 April, 1979. At the time of his death he was attached to the Warilla Highway Patrol. 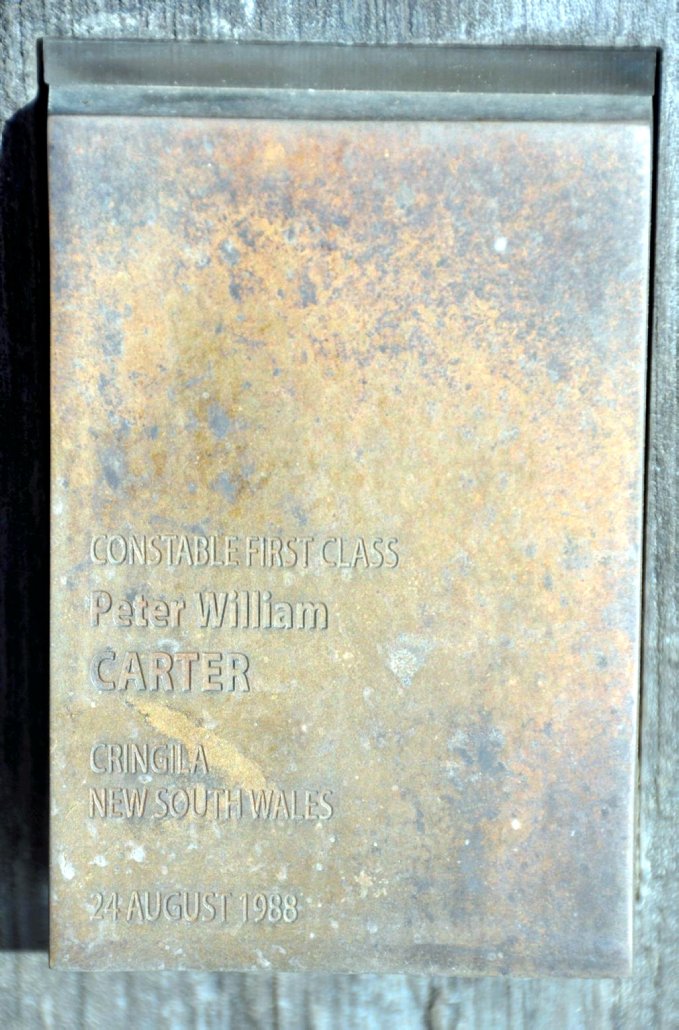 My photo from about 1981. Peter and I were engaged at this time and later married. We divorced in 1986 but still remained friends up until the day he died. Thea xxxx

No way is the above list complete, many, many more names should have been on there.Police Association has not done a great job there supplying that list.